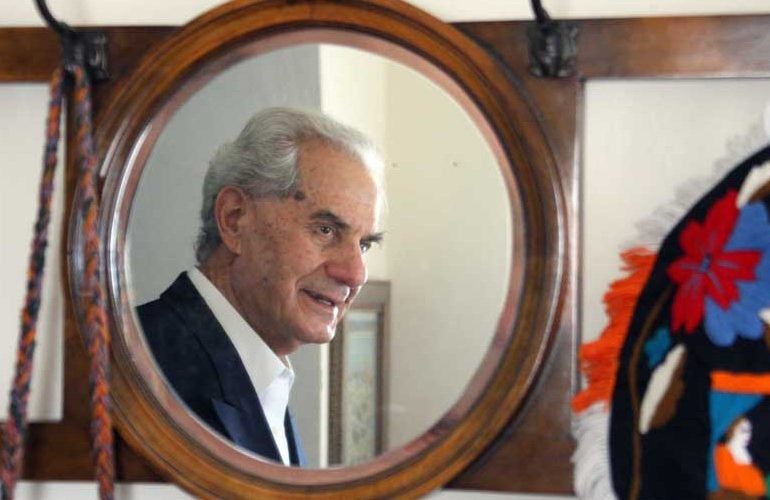 I MUST admit that this is the first time that I have attempted to review a book.  The author of the book, titled ‘Cyprus 1950-1959: The End of the National Dream’, is Takis Hadjidemetriou and the publisher is Papazisis.

The political events of the 1950’s and their consequences are set out in the book in a vivid and highly readable fashion.

These events paved the road for the tragic developments that followed in the ensuing half century.

The tragic mistakes that were committed at the time of the armed struggle against the British resulted in wasting very quickly assets that had been painstakingly accumulated and dutifully conserved over thousands of years.

I was truly stirred by the emotions that were generated in the course of reading the book as it reminded me of many events that I had experienced, first-hand.

The book also reminded me of the fact that I belong to the generation, which carries the major part of the responsibility for the desperate situation Cyprus is finding itself in, today.

The author skilfully highlights the process through which the commitment of the people of Cyprus to the ideals of liberty and independence led to the revolt against British colonial rule and, from there, to the Zurich-London Agreements, via a labyrinthine path directly connected to Archbishop Makarios and Georgios Grivas Dighenis.

He correctly notes that the mistakes, which were readily evident right from the beginning of the process as well as those that became apparent at a subsequent stage, are systematically concealed and bypassed because of the incentive of those who committed these mistakes to hush them up by discouraging any form of criticism.  Those who wish to avoid such criticism and, in particular, the successors of Makarios and Grivas systematically promote an idealistic version of a story that is presented as being beyond questioning or challenge.

This dogmatic shaping and presentation of historical events promotes the eternal admiration of the then leadership of the Greek Cypriots.

However, the unconditional praise of the liberation struggle, the limitless glorification of its leaders and the conversion of the whole process into a story of mythical dimensions discloses self-serving incentives, serves as a mental trap and it prevents the younger generations from liberating themselves from the past to confront the future with new, innovative ideas.

Then, the author comes to a painful conclusion:  Whatever was accumulated and diligently preserved throughout the ages, in terms of national wealth, was wasted within the span of a few years.

Admittedly, there were heroic acts and self-sacrifices but, regrettably, those honourable acts were accompanied by an incoherent political and military behaviour that was deficient in terms of logic and reasoning.

In his book, Takis Hadjidemetriou wonders what went so wrong that it resulted in a failure to grasp the messages about the catastrophe we were heading for.  He compares and contrasts the island at the beginning of the armed struggle and the island that was delivered to the next generation at the end of that decade. The comparison is depressing.

The author uses mild tones and seeks to remain as objective as possible in the process of recording, evaluating and commenting on the events that, at the end of that celebrated decade, forced the Greek Cypriots to abandon their national dream.  Nevertheless, his gentleman-like approach does not preclude him from blaming Makarios and Grivas for their tragic failure to meet their stated objectives. A failure that can only be explained by reference to their lack of political foresight, political competence and political flexibility.

However, what I liked most in the book was the clear and unambiguous statement that leaders are judged by the result of their efforts.  Neither their stated intentions nor their determination constitutes excuses for their failures.

The overall conclusion of the author is undoubtedly correct. Judging the Greek Cypriot leaders by result, they have proved to be unworthy of the role they were entrusted with by the people of Cyprus.  Their focus on themselves and their excessive self-confidence, coupled by their political intransigence led Cyprus into the abyss.

I am not sure whether I would agree with the author that the shifting of the emphasis from ‘self-determination’ to an ‘anti-colonial struggle’ would have averted the catastrophe.

In my opinion, under the then prevailing international conditions and circumstances, what would have made a lot of sense would have been a period of grace, which the then Greek Cypriot leaders were unwilling to allow for fear that it would have deprived them of the glory of leading Cyprus into the attainment of its national dream. However, this is an issue of secondary importance and it does not annul the division of Cyprus into two separate and distinct segments that has been caused by the errors of omission and the errors of commission of the island’s leaders and their successors.

Unfortunately, for the time being, the book is only available in Greek.

A country and its politicians in denial (Updated version)

General Basbug is honourable but he is also wrong