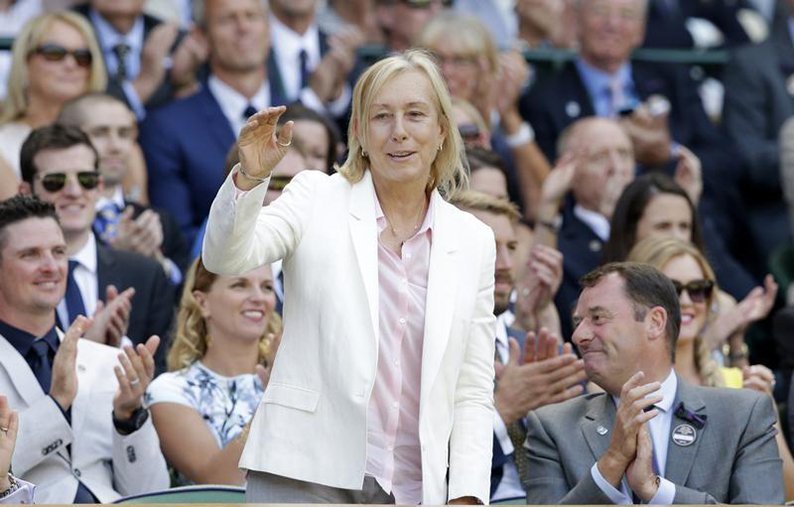 Former tennis champion Martina Navratilova has said she will commentate on the Wimbledon tournament for the BBC this year after criticising how much more the broadcaster paid fellow commentator John McEnroe.

Navratilova revealed in March she had discovered McEnroe made at least 150,000 pounds ($200,000) – 10 times more than her – for commentating when the BBC released a list of its top-earning presenters and journalists.

She tweeted on Saturday that she was “very happy to announce I will be working at Wimbledon,” adding, “it’s good to see the BBC taking gender pay equality seriously”.

Navratilova also said she would “love” to commentate on men’s matches as well as women’s, but did not reveal whether the BBC had addressed her concerns about unequal pay.

Britain’s public broadcaster has faced criticism from women complaining they are paid less than men in equivalent jobs and misled about their pay to hide widespread gender discrimination.

At the time of the row, BBC Sport said McEnroe and Navratilova performed different roles in the team and that “gender isn’t a factor” in salary.

“The gender pay gap in sport, like elsewhere, happens because we do not value women’s work and effort as much as we do men’s,” said Jemima Olchawski, head of policy and insight at the Fawcett Society, which lobbies for gender equality.

“If the BBC want to keep talented women onside they will need to go further to show that they are tackling their gender pay problem,” she told the Thomson Reuters Foundation by email.

The tournament introduced equal prize-money for women and men in 2007 after years of campaigning by figureheads including Billie Jean King.