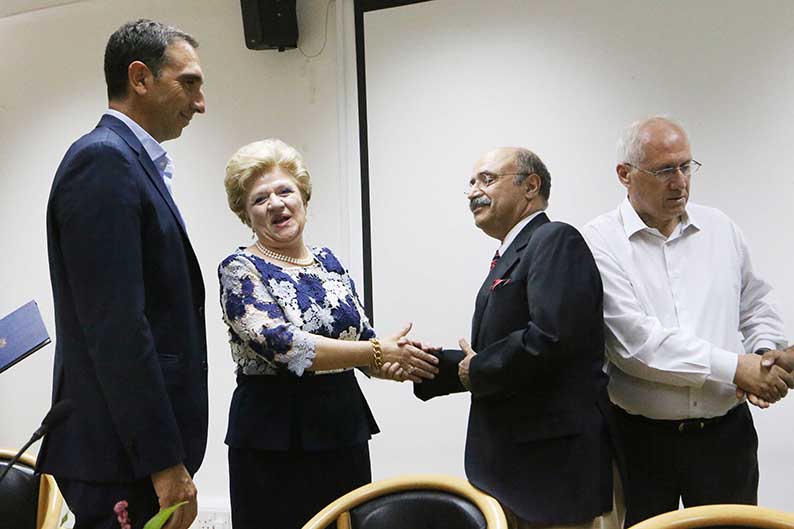 A long-awaited deal was finally signed on Monday between the state and the German Oncology Centre in Limassol that will lessen the shockingly long distances cancer patients from Limassol and Paphos had to travel for treatment.

As of June 18, patients will be officially able to get radiotherapy treatment at the centre in Ayios Athanasios instead of having to travel all the way to Nicosia.

The planned deal ran into difficulties recently when another clinic submitted an appeal to the tender review board opposing the deal but withdrew it last week after a backlash, leaving the way clear for the agreement to be signed.

It was initialled in Nicosia on Monday in the presence of Health Minister Constantinos Ioannou and the director of the German Oncology Centre, Professor Nikos Zamboglou. Also present were the president of the centre, Kikis Kazamias, Disy MP Stella Kyriakidou and other officials.

Permanent secretary of the health ministry Christina Yiannaki called it the “most important decision of the cabinet after the health system”. She said the signing of the agreement ended a difficult road that at times had seemed “insurmountable”.
“But nothing is insurmountable when you know very well why you’re fighting,” she said. “But you battle on knowing you will be able to give comfort and hope but first and foremost quality of life to our cancer patients in Limassol and Paphos. We knew that with this agreement we would be able to meet a long-standing request to end their inconvenience,” she added.

Some patients have already been referred to the centre unofficially but Yiannaki said that as of June 18, it will be open to all who need radiotherapy and related services.

Yiannaki said the ministry had carried out a study with the help of experts in the field on radiotherapy so that services could be upgraded.

The findings of the study, she said, highlighted the urgent need to improve patients’ access to radiotherapy services and new imaging techniques necessary for the diagnosis and treatment of cancer.

The contract with the centre is for 12 months with the right to renew for another 12.
Zamboglou said it was a great day for everyone involved and promised “we will do everything we can to accomplish what we have undertaken”.

Kazamias, the centre’s president, said the centre was not created to compete with anyone but with private funds in a very short time and had been able to offer coverage where there were shortages in state-funded basic services for the needs of cancer patients especially in Limassol and Paphos.
He said that the report by experts dating from 2015 had said the supply of radiotherapy services in Cyprus, from 30 per cent of patients, should be increased to 45 per cent by 2018 and to 52 per cent by 2020.

F1 to review procedures after early flag in Canada