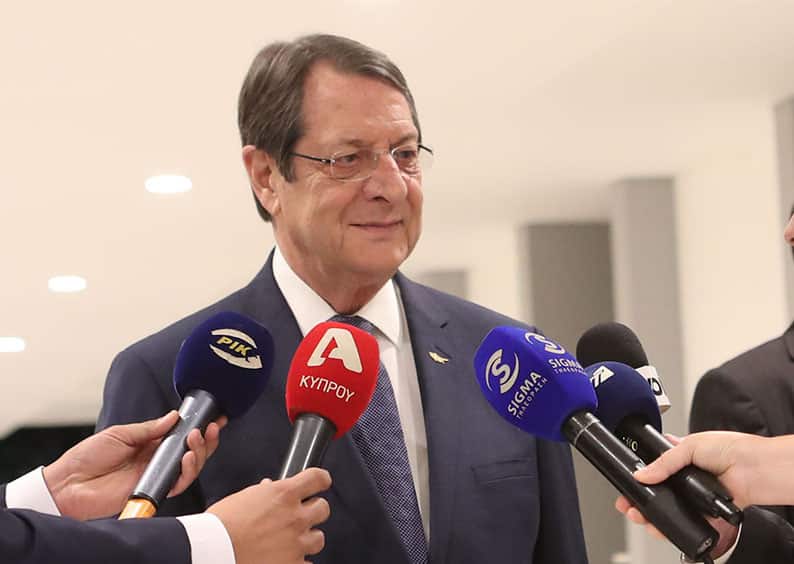 President Nicos Anastasiades and members of his cabinet are no longer contributing part of their salary, a quasi-voluntary measure introduced five years ago to help cut the public payroll amid the 2013 financial crunch.

Daily Politis reported on Monday that as of March this year Anastasiades, as well as members of his cabinet who are carry-overs from the first administration, have stopped instructing the treasury to deduct their contributions.

Anastasiades had given up on 25 per cent of his monthly wages, his ministers 20 per cent.

Meanwhile, both Anastasiades and labour minister Zeta Emilianidou are no longer contributing their pensions to the state, which they had voluntarily chosen to do since March 2013. Former foreign minister Ioannis Kasoulides and interior minister Socratis Hasikos had also waived their pensions while in office.

MPs have long stopped contributing part of their salary. By law, they had to contribute 10 per cent (€364) of their wages from 2010 to 2012. This obligation ended in August 2012, but deputies tried to keep it on the down-low. According to Politis, once the public caught on MPs grudgingly extended the contributions for another two months. A few months later, salary cutbacks were introduced anyway as part of broader austerity measures in the public sector.

For their part, judges agreed to chip in by relinquishing 20 per cent of their salary. This began in 2014 and ended at the beginning of 2017. On January 1, 2017, the supreme court simply informed the government that their voluntary contributions were no longer necessary as the state of economic emergency had elapsed.

On June 16, 2013 the supreme court ruled that salary cuts for judges as well as for civil servants were unconstitutional.

Salary contributions by state officials date back to the administration of Demetris Christofias. Initially they ran from April 2010 to March 2012. Facing public scrutiny once the measure was abandoned, the then government renewed the contributions (10 per cent) up until the end of Christofias’ term, in February 2013.

According to payroll figures published on the treasury’s website, as of January 1 this year the president receives €78,694 per annum after income tax, the House speaker €73,250, and the tax commissioner €66,931.

However, the president is by no means the highest-paid official. That honour goes to the attorney-general and to supreme court judges, whose annual salary (after income tax) comes to €108,269.

Included in the wages for the attorney-general, supreme court and district court judges, the head of the civil service commission, the chief of police and the head of the intelligence service, is €18,000 a year in representation allowance.

Authorities, banks cooperating with US in Manafort case

Focus corruption case ‘back to square one’