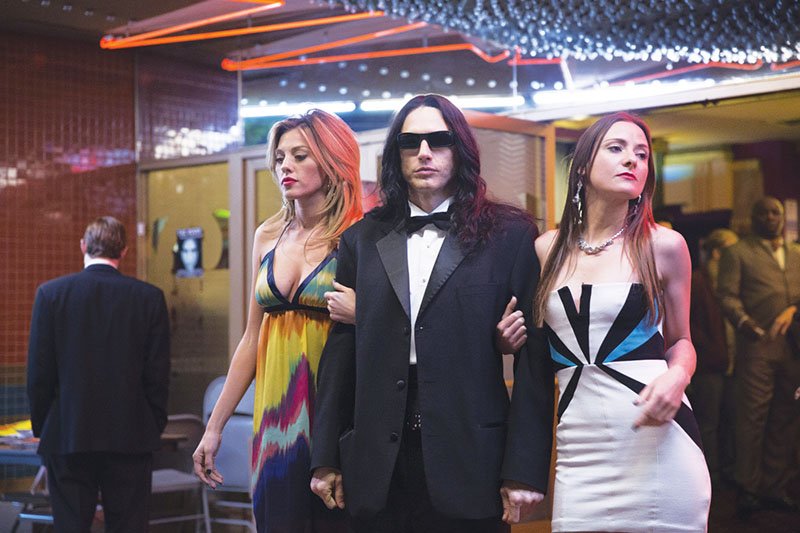 Don’t believe the hype. It may feel like your only movie option this week is a $170 million sequel with CGI dinosaurs (take a bow, Jurassic World: Fallen Kingdom), but in fact there are other games in town.

Biggest shout-out goes to Happy Birthday, the third film by Cyprus-born, Greece-based director Christos Georgiou, showing (with English subtitles!) at the Pantheon in Nicosia and the Rio in Limassol. Unfortunately I wasn’t able to watch the film in time to write about it – and its subject is Greece rather than Cyprus, sketching the faltering relationship between a riot-policeman dad and his protester daughter – but it’s clearly a must-see, if only to support local filmmakers. Given Georgiou’s track record (he also made Under the Stars and Small Crime) it’s likely to be worth your time even beyond that patriotic duty.

The big screen is about to offer yet more options: Faneromeni 2018 starts on June 21, while the Summer Marathon kicks off soon after – both in Nicosia, both open-air, both unfortunately now having shed the older classics they used to show. Speaking of classics, Ingmar Bergman screenings continue at the Pantheon till July 9. Then of course there’s the small screen, and the cosy luxury of staying home with the air-conditioning (or an open window) as summer slowly judders into view. Here are five English-language choices for your telly or laptop, all recommended to varying degrees – the only criterion, as ever, being that none of them have screened at a local cinema or film society.

THE DISASTER ARTIST. Things are going to get dark later on – so let’s start with a comedy, though Tommy Wiseau (played by James Franco, who also directed) is quite a dark individual. No-one knows where he comes from, how old he is, or how he made his money – but the wannabe movie star made a film called The Room, a film so terrible (yet somehow personal and passionate) it’s become a major cult movie. All this really happened, and The Room – unbelievably – really is that bad; Franco plays Wiseau as a mixture of Borat, Rain Man and Dr Evil, ably supported by real-life brother Dave Franco as Tommy’s best friend and co-star. Too feelgood by half, yet also fascinating.

HOUNDS OF LOVE. Australian crime dramas have become a bit of a sub-genre (see also Snowtown and Animal Kingdom) – and they tend to be gritty and character-based, which describes this Perth-set nail-biter. A young girl is randomly abducted by a disturbed older couple (the pivotal scene a splendidly twisted seduction set to ‘Nights in White Satin’), and tries to survive by driving a wedge between her captors. Very stylish, right from its opening shot – schoolgirls playing ball in extreme slow-motion – indeed it occasionally feels like it has more style than empathy. Still very gripping.

I, TONYA. This year’s Best Supporting Actress Oscar winner never made it to local cinemas – and this raucous, borderline-tasteless biography of disgraced figure skater Tonya Harding probably isn’t for all tastes, but that only makes it more fun. Allison Janney won the Oscar, as Harding’s monstrous mum, but Margot Robbie was even more deserving as Harding herself, the only non-cartoon in a film of cartoons: she’s a talented woman struggling to excel, despite being surrounded by snobs on one side (the skating elite, who want her to be more wholesome) and white-trash morons on the other. Ballsy or misguided, according to taste, playing child abuse for comedy and breaking the fourth wall with abandon. “My storyline is disappearing!”

MARJORIE PRIME. The most thought-provoking film on this list, the most touching and the most superbly written. In the (near?) future, a company provides so-called Primes – lifelike holograms of deceased friends and relatives, so you can spend time with loved ones after they’re gone. The point (or the problem) is that reality isn’t real, we’re merely the sum of the stories which can be told about us – and the machines are on to us, plausibly replicating those stories (i.e. our selves), and indeed making them subtly better. A talky film (it’s based on a play) but also cinematic, using rhythm and silence – and some great performances – to build a mood of quiet desolation, plus The Band singing ‘I Shall Be Released’ in the most poignant scene: “They say everything can be replaced…”

YOU WERE NEVER REALLY HERE. A shot of pure, jagged style to finish off with: Joaquin Phoenix is a weary, self-loathing hitman, plagued by bad memories as he goes about his business – and Lynne Ramsay’s thrilling, dreamlike, deceptively tender drama (a prize-winner at Cannes) turns its rather thin plot into a study in dislocation, a collection of vivid little moments that takes the breath away. A potent – and sometimes quite violent – 89 minutes, wonderfully fleet and modern cinema. Check it out; leave Jurassic World to the dinosaurs.

A modern look at Caravaggio’s light

As Co-op, Hellenic talks near conclusion, unions step in (Updated)