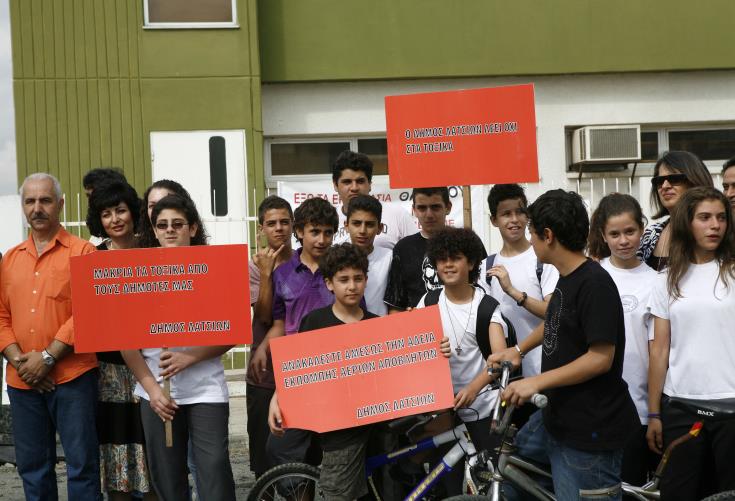 Though a court ruled the government and now defunct Astrasol shoe factory were inadvertently responsible for creating a ‘cancer cluster’ in an area of the Nicosia district, the compensation for the 21 people who took the case to court remains unresolved.

On Monday, the 21 plaintiffs appealed to the supreme court to step in, as judges at the Nicosia district court could not decide who should make the final decision for the amount of compensation each one should be awarded.

In December, judge Alexandros Panayiotou at the Nicosia district court had ruled Sotiris, Maroula and Fivos Liasis, Astrasol ltd, the official receiver as liquidator Liasis shoelast company ltd, the attorney-general for the labour inspection and town planning departments and the Latsia municipality were inadvertently responsible for creating a ‘cancer cluster’ for people working in and living near the Astrasol factory.

In total, 21 people filed suits, claiming that for over 30 years Astrosol used dichloromethane R40 in processing its shoe soles, a chemical which has been classified as ‘likely to be carcinogenic in humans’.

The plaintiffs blame it for the different types of cancer that have struck former employees and residents near the area.

When trying the case, Panayiotou’s role had been to assess the question of responsibility – whether someone should be held accountable for creating the cancer cluster.

It was not up to him to decide the amount of compensation the plaintiffs should be awarded and had ruled that each case should be looked at individually.

This was because they had each brought their case to court separately but then decided to turn it into a class action.

The defendants argue that Panayiotou should be the one to make the decision as he had been the one that issued the final ruling.

The plaintiffs argue this is a ploy to delay the process and also cite an earlier decision Panayiotou took in which he had outlined that the judges that had taken on the cases when they were filed individually –before they became a class action under Panayiotou’s eye – should be the ones to decide on the compensation.

So far, at least two judges which have had the cases put before them for a decision have pointed the finger back at Panayiotou, saying he should make the decision for compensation as he had heard all the witness material.

Lawyer for Theofanis Chrysanthou and Constantina Barka, the parents of 11-year-old Stavros who died of cancer, turned to the supreme court and requested a writ of Mandamus, an order from a superior court to a lower court to carry out a certain order.

The request outlines that senior district court judge Marina Papadopoulou should make a decision on how much the plaintiffs should be compensated.

Papadopoulou had been one of the two judges who had the case files brought before her but argued Panayiotou should be the one to make the decision.

The supreme court will make its decision at a later date.

Meanwhile, the attorney general’s office has also filed an appeal to the supreme court over the initial ruling which found government services responsible for the ‘cancer cluster’,  listing 16 reasons against it.

The case will be examined by Supreme Court on June 27 while Astrasol has been forbidden from separating its property until the matter over compensation is clarified.

Our View: Idiocy of attempt to ban visits to sites in north