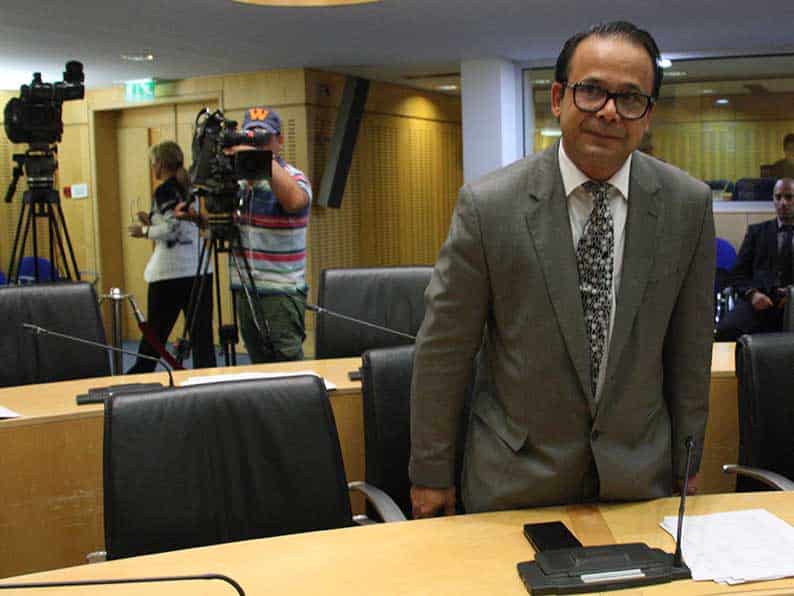 Parliament on Wednesday approved a bill that effectively hands a vacant seat to the Solidarity Movement, which lost it in April after the supreme court annulled the process used to fill it after the 2016 elections.

Thirty opposition MPs voted in favour of the proposal while ruling Disy’s 15 present MPs went against.

In April, the supreme court annulled the election of Solidarity MP Giorgos Papadopoulos to parliament, after he essentially inherited his seat from party leader Eleni Theocharous. Parliament has been working with 55 MPs since.

The dispute began shortly after 2016 elections when Theocharous ran for MP while maintaining a position in the European parliament as MEP.

After her election as Limassol MP with 3,788 votes, she opted to keep her place as MEP, leaving her seat to the party’s runner-up, Papadopoulos, who received just 767 votes.

In May 2017, the supreme court cancelled Papadopoulos’ election but House president Demetris Syllouris, who also belongs to Solidarity, tabled a proposal which was eventually voted into law that allowed seats vacated before an elected MP has been sworn in to go to the next in line of the party.

On Wednesday, MPs passed a proposal based on Article 69 of the constitution which they said bestows upon a candidate the capacity of MP before their confirmation in parliament.

The new proposal argued that a by-election would alter the seat distribution of the May 22, 2016 election and violate the people’s mandate.

The safest way to resolve the matter would be to amend the constitution but that would necessitate a two-thirds majority in parliament, an impossible feat since ruling Disy with 18 seats opposes such an arrangement and favours a by-election instead.

Ahead of the discussion, Edek leader, Marinos Sizipoulos called on MPs to solve the issue with an amendment to the constitution, while Solidarity MP Michalis Giorgallas said that the goal was a constitutional amendment, but currently they would make do with the bill.

For his part, Giorgallas noted that some minority parties refused to help solve the issue in an effort to increase their own seats.

Directing his statement at the president, Giorgallas said: “We invite you to sign the bill and let the courts decide.”

Elam leader, Christos Christou also supported the positions of the opposition, saying that the public decided three seats should go to Solidarity, one of which is in Limassol.

During his statements at the plenum, Green Party leader Giorgos Perdikis said: “Those starving for an extra seat, should call for elections and try to take it.”

However, Citizen’s Alliance leader Giorgos Lillikas noted that the bill only remedies the issue for the Solidarity Movement’s seat, making it unconstitutional.

Main opposition Akel MP, Giorgos Loukaides said that the seat should go to the party the Cypriot people voted for. He added that it would be unacceptable for the president to not sign the law.

After Macedonia deal, Greece and Russia call for Cyprus solution

Kids will love the Iliaktida festival