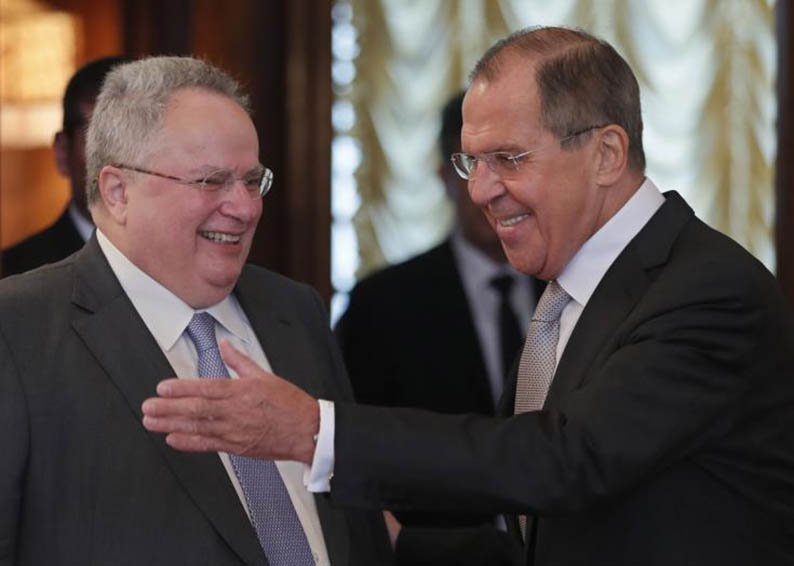 Greek Foreign Minister Nicos Kotzias and his Russia counterpart Sergy Lavrov on Wednesday both called for a resolution of the Cyprus issue during a meeting on a broad range of issues in Moscow.

Referring to the name deal reached between Greece and the Former Yugoslav Republic of Macedonia (Fyrom), Kotzias said it solved a problem that existed for 70 years and other such long-standing issues now needed to be resolved with Albania.

“And I hope that we will address the Cyprus issue again properly and finish it. This is a more difficult question than the previous two,” Kotzias said.

He also publicly expressed his thanks to his Russian counterpart for Moscow’s stance on Cyprus.

In his statements on the meeting, Lavrov said: “We exchanged views on the Cyprus issue. Russia and Greece both call for resolving this long-standing issue based on United Nations Security Council resolutions and agreements reached by the two communities.”