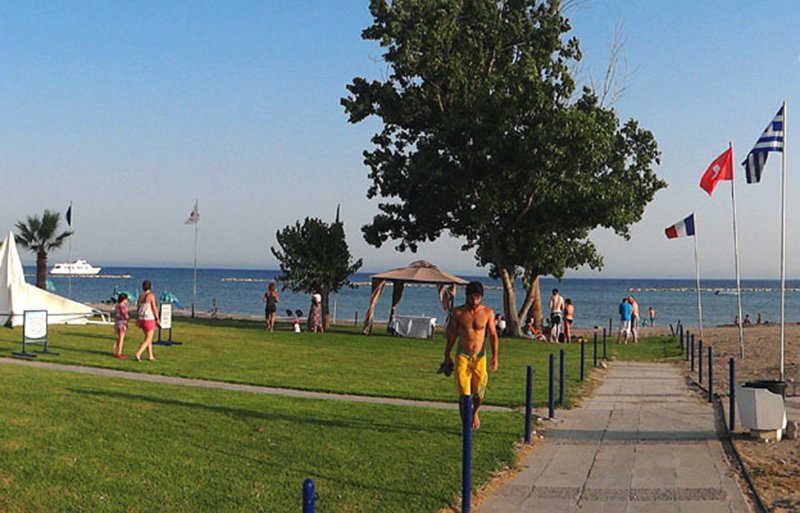 THE winning tenders of three beach bars situated along Geroskipou municipal beach will be decided next Tuesday, and work on them is due to be completed in the second week of July, according to the local mayor.

Michalis Pavlides told the Cyprus Mail on Tuesday that the month-long tender process for three beach bars (kiosks) concluded on Monday, when the submitted envelopes were opened.

“They will now go before the council (next Tuesday) to decide if everything is OK and criteria met and we will make a decision,” he said.

Pavlides said that professional companies from Paphos have applied for the individual kiosks, which will serve drinks and snacks, including alcohol, and will be open every day all year long.

The first will be created at ‘Riccos’, with the second 250 and the third 300 metres further along the beach.

In the future, the municipality will add another two kiosks along the stretch, they have already rented the space from the government, said the mayor.

“We will go ahead with this in two years, they will be positioned along from where the last kiosk is currently placed,” he said.

The stretch of Geroskipou municipal beaches has the official name of Aphrodite beach and it has a long history, noted Pavlides. The name Geroskipou derives from the classical Greek ‘Hieros Kipos’ meaning ‘Sacred Garden’.

“In ancient times it used to be an extensive area of beautiful gardens, dedicated to the goddess Aphrodite. People used to walk here to make some offering, hence the name.”

Two hundred and fifty indigenous trees to Cyprus will also be planted in the area next month to help provide shade. And a wider project to renovate and reinvigorate the sea front area will also get underway in September.

“We are also going to create other things in the area, there will be a children’s play area, a large new parking area, roads, lights and so on. It will change completely which will be beneficial for both tourists and locals.”

The €2m price tag is being covered by the municipality.

“We wanted to avoid doing any other work during the summer,” Pavlides said.

In addition, six breakwaters have been completed in the sea off the coast at a cost of €3m – the government paid 70 per cent and the municipality 30 per cent, he added.

A study for the next phase of breakwaters which will run from Geroskpiou up to Paphos municipality beach of Ta Bania, has been completed and is now with the environmental department to study.

“We hope they will do this by the end of the year and work on this part of the project may start in 2020”.

The mayor said that the 4,000 to 5,000 or so visitors to the beach at summer peak time weekends will increase to at least 8,000 with the implementation of the upgrades.

“Geroskipou was again awarded two blue flags for our beaches and next year we will hopefully get a third for a newly organised area,” he said.