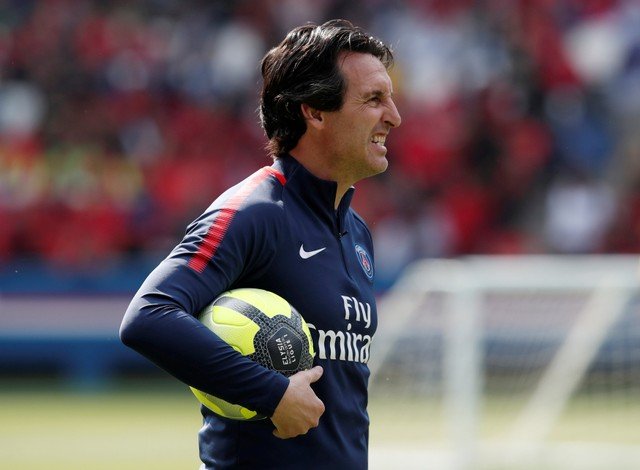 Emery, Arsenal’s first new manager since Arsene Wenger took charge in 1996, will then travel to London rivals Chelsea on the second weekend of the season.

Liverpool, who will look to build on their Champions League final appearance, open their campaign at home to West Ham United in what will be manager Manuel Pellegrini’s first competitive game in charge of the London side.

Tottenham Hotspur, who finished third, have confirmed that their first home fixture on the second week of the season against newly-promoted Fulham will be held at Wembley.

The north London club say their first game in their new stadium will be against Liverpool on the weekend of Sept 15-16.

Tottenham played all their home games at Wembley last season while their new 62,000-seater stadium was being constructed but work is still ongoing and the club has sought permission to return to the national stadium for one game.

“As you will note there is a home fixture scheduled for the weekend of 18/19 August 2018 and this match will be played as a home fixture at Wembley Stadium,” the club’s website said.

“It was always our intention to seek permission to play the first few games away. In discussions with our coaching staff the preference was to break what would otherwise have been a continuous run of away games with one game at what was effectively our ‘home’ stadium last season.”

Tottenham are away to Newcastle United on the opening weekend on Aug 11-12.

Championship winners Wolverhampton Wanderers will mark their return to the top division for the first time since 2012 against Marco Silva’s Everton at Molineux.

All eyes will be on former Paris St Germain manager Emery as he attempts to revive Arsenal’s fortunes after they missed out on the Champions League for a second successive season.

Kurt Cobain’s personal items to go on show in Ireland