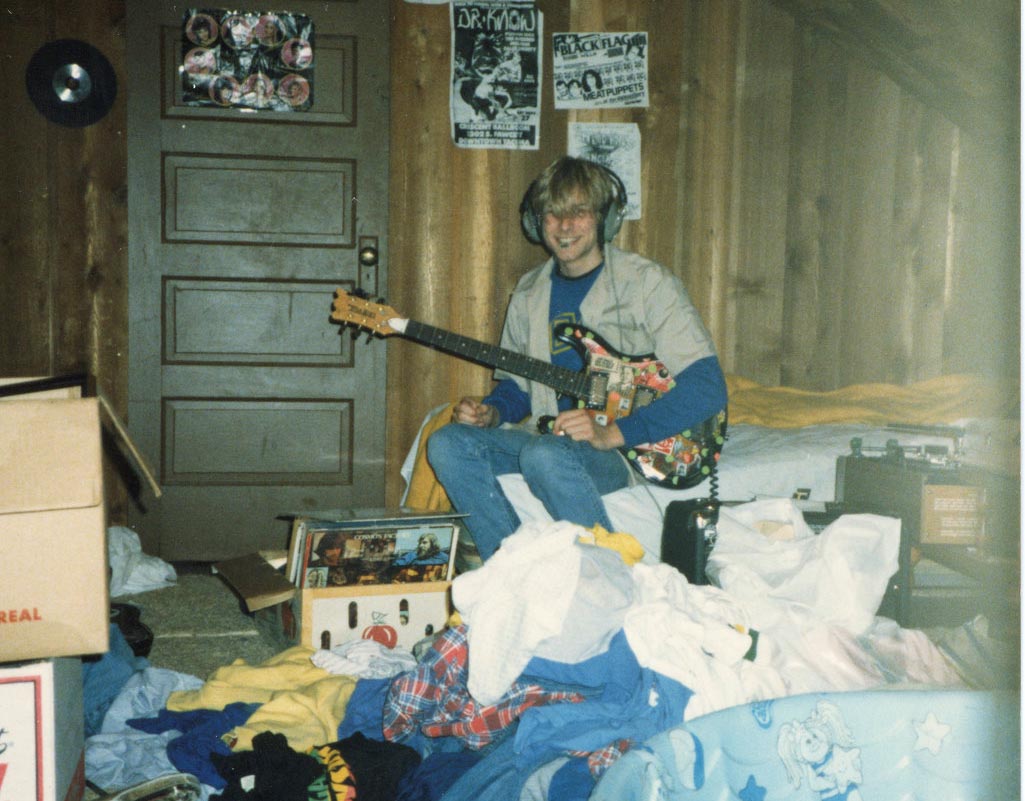 Kurt Cobain is seen in 1986 in an image handed out by his family which will form part of an exhibition of his personal items which will be exhibited at Museum of Style Icons in Newbridge, Ireland

An exhibition dedicated to late Nirvana frontman Kurt Cobain opens in Ireland next month, showcasing a selection of the grunge rock singer’s belongings curated by his family.

From his sketches and drawings to clothing and a car, ‘Growing Up Kurt Cobain’ will display dozens of Cobain’s personal items, some of them never seen before by the public.

His daughter, Frances Bean Cobain, and mother, Wendy O’Connor, will be among the singer’s relatives attending the opening at the Museum of Style Icons in Newbridge, 50 km (30 miles) south-west of Dublin.

Cobain, who had Irish ancestry, died in 1994 at the age of 27 from a self-inflicted gunshot.

“I have always been the most intimately informed of who my father was by my grandmother and aunts,” Frances Bean Cobain said in a statement sent to Reuters.

“I am so ecstatic that their view of who Kurt was gets to be celebrated with Nirvana fans the world over.”

Fans of Cobain, who popularised grunge rock in the early 1990s, will be able to see the striped green sweater he wore in the video for Nirvana’s 1991 hit ‘Smells Like Teen Spirit’ and his MTV Video award for the same song.

The singer’s childhood drawings of cartoon characters, handwritten lyrics and powder-blue 1965 Dodge Dart car will also be on display.

“With this exhibition we hope to bring the focus back to Kurt’s roots, vision and artistic genius, to inspire everyone not to lose their creativity and childlike wonder,” Cobain’s sister Kim Cobain said.

The small museum in County Kildare has outfits worn by the likes of Audrey Hepburn, Elizabeth Taylor and Grace Kelly on display, and has previously hosted exhibitions dedicated to Michael Jackson and Prince.

The museum’s owner, William Doyle, who is also chief executive of jewellery and homeware maker Newbridge Silverware, said the idea of a Kurt Cobain exhibition stemmed from his friendship with the singer’s family.

“The family have this feeling that they are bringing him back home,” he said.

‘Growing Up Kurt Cobain’ opens on July 19 and runs until end-September.

Emery’s baptism of fire as Arsenal open against champions City