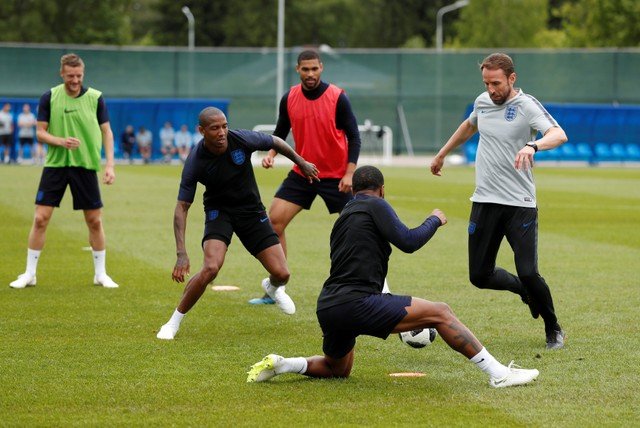 Manchester United manager Jose Mourinho has backed England to shine at the World Cup due to the depth of experience in the squad.

“They have a good group of young but experienced players,” Mourinho told British media.

“All of them play in the most competitive competition in the world, the Premier League, all of them playing for the best teams with experience of playing in the Champions League, which is a high level of football, obviously.”

Mourinho said favourites Brazil and Germany had the most balanced squads and he did not expect the World Cup to see a shock winner in Russia.

“They have good squads but good squads don’t always make good teams… but I don’t think the underdogs will make a big surprise,” he added. “In the end, the top teams in South America and Europe are the ones that will be fighting for the title.”

England striker Jamie Vardy meanwhile has likened the mood in the squad ahead of the World Cup to that of Leicester City’s Premier League title-winning campaign.

Vardy, who scored 24 goals in Leicester’s unlikely title triumph in the 2015/16 season, said a united dressing room was a key factor in building a successful team.

“We were exactly the same, very close (at Leicester)… having a laugh and a joke at training,” Vardy told reporters ahead of England’s opening game against Tunisia on Monday.

“I think that when you are enjoying it more, you play your best football.

“We have all got that mentality where you just want to win. We want to make sure we are here as winners.”

Vardy knows his appearances might be limited in Russia but the 31-year-old said he would keep doing as much as possible to give the manager a difficult decision.

“You can only have 11 players on the pitch … just have to make sure you put in the pressure on the training field and, if you get given a chance, take it.”

UK to relax immigration rules for non-EU doctors and nurses

Social mediation in practice: A new project of UCLan