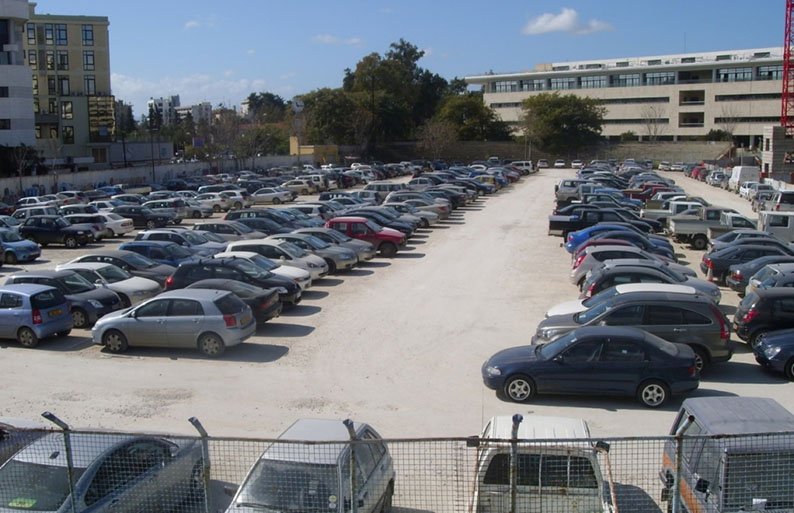 The first phase of the construction in front of the interior ministry, which consists of most of the public parking area and a new road, will be finished by the end of July, an official of the public works department said on Thursday.

The second phase, which includes another parking area for the employees of the interior ministry, is probably going to be ready by mid-October.

The area which has 5,900 square metres is already under construction and when it is finished will have a total of 589 parking spaces and a road with cycling lanes and a pavement which will be connected to the Pedieos linear park.

According to the official, 36 trees had to be cut down, something which was agreed with the forestry department. This, she said, was done after careful deliberation.

“Some of them were eucalyptus trees which had very big branches which were dangerous,” she explained. “Others were kept like palm trees and will be planted in other areas. We even kept some there though if we had cut them down we could have had more parking spaces but it was because they are big trees which are nice.”

It was decided to plant three times the amount, around 100 trees, to replace those which were felled. The forestry department together with the public works will choose trees which can tolerate Nicosia’s high temperatures and don’t need a lot of water.

Part of the project is a playground with equipment for disabled children.

The new six-metre wide road from Demosthenis Severis avenue to Byron Avenue will include sidewalks with a width of 2.5 metres and a cycling lane 1.5 metres wide.

The project is a temporary measure, as future plans are to build either a new ministry of interior or another public building on the spot.

It will cost around €1 million. The public works official explained this was not only for parking and the road, but also involves solving the drainage problems of the whole area, as a drainage system is going to be constructed under the road.

The plans for the area were approved with certain conditions, such a notifying the antiquities department if artefacts are found during the construction. The permitted noise levels of machinery were also regulated.

Though the construction was approved by the various authorities, the fact that most of it is used for parking may not be to the liking of most residents.

In 2008, when the development of the area of the old GSP stadium opposite the one under construction now was under discussion, members of the public participated in the first-ever municipal referendum – on the initiative of the then mayor Eleni Mavrou – to vote on how they would like to see the stadium developed and submit their own proposals. According to the results, residents said they wanted an open, green area with few buildings and easy access to pedestrians instead of cars.