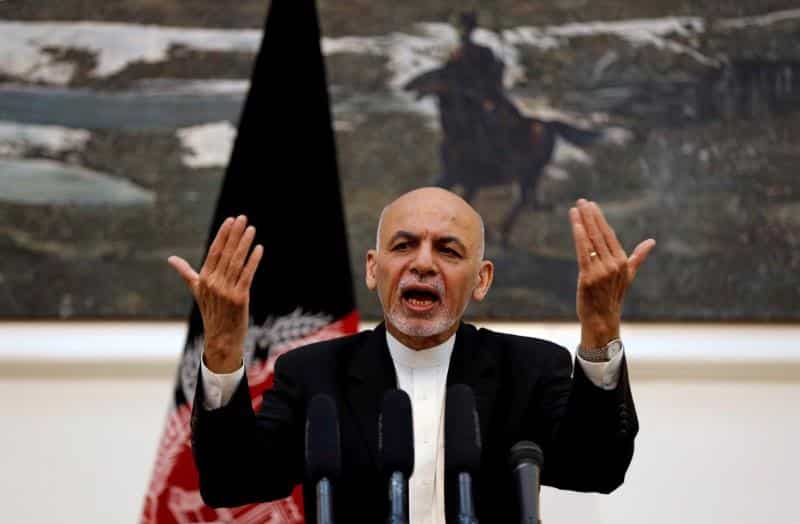 Pakistani Taliban leader Mullah Fazlullah has been killed in a US-Afghan air strike in Afghanistan, a senior Afghan Defence Ministry official said on Friday, a killing likely to ease tension between the United States and Pakistan.

An official at the Nato-led Resolute Support mission in Afghanistan confirmed Fazlullah was killed on Thursday.

The US military said earlier in Washington it had carried out a strike aimed at a senior militant figure in the eastern Afghan province of Kunar, which is on the Pakistani border, and one US official said the target was believed to have been Fazlullah.

Fazlullah was Pakistan‘s most-wanted militant, notorious for attacks including a 2014 school massacre that killed 132 children and the 2012 shooting of schoolgirl Malala Yousafzai, who was later awarded the Nobel Peace Prize.

“I confirm that Mullah Fazlullah, leader of the Pakistani Taliban, has been killed in an joint air operation in the border area of Marawera district of Kunar province,” Mohammad Radmanish, spokesman for Afghan defence ministry, told Reuters, adding the air strike was carried out at about 9am on Thursday.

US Forces-Afghanistan spokesman Lieutenant-Colonel Martin O’Donnell said US forces conducted a “counterterrorism strike” which targeted “a senior leader of a designated terrorist organisation”.

“US Forces-Afghanistan and Nato-led Resolute Support forces continue to adhere to … Afghanistan’s unilateral ceasefire with the Afghan Taliban,” O’Donnell said.

The government announced the ceasefire last week and it took effect this week.

“…as previously stated, the ceasefire does not include US counterterrorism efforts against (Islamic State and al Qaeda) and other regional and international terrorist groups, or the inherent right of US and international forces to defend ourselves if attacked.

“We hope this pause leads to dialogue and progress on reconciliation and a lasting end to hostilities.”

Afghan President Ashraf Ghani announced a ceasefire lasting until June 20 but on Friday suggested it could be extended.

Fazlullah’s death could ease strained ties between Islamabad and Washington even as Afghanistan observes an unprecedented three-day ceasefire with the larger Afghan Taliban.

Pakistan is considered key to persuading Afghan Taliban leaders, who Washington believes shelter on Pakistani soil, to open negotiations to end the 17-year-old war in Afghanistan.

Pakistan‘s Ministry of Foreign Affairs spokesman did not reply to requests for comment on Friday, nor did the official military spokesman.

“This attack shows that there is now an inclination in US policy towards Pakistan, which could further improve the security situation,” Shah said Pakistan‘s Hum News TV.

In March, the United States offered a $5m reward for information on Fazlullah.

Fazlullah emerged as an Islamist leader in the Swat Valley, northwest of the Pakistani capital of Islamabad, more than a decade ago. He was known as “Mullah Radio” for his fiery sermons broadcast over a radio channel.

He was reviled in Pakistan for the 2014 assault on an army-run school in the city of Peshawar in which Pakistani Taliban gunmen killed at least 132 children.

He is also believed to have ordered the 2012 shooting of then-15-year-old Malala Yousafzai over her advocacy of girls’ education.

The Pakistani Taliban have waged a decade-long insurgency seeking to establish a harsh interpretation of Islamic rule but most of their fighters have now fled to Afghanistan.

They are separate from the Afghan Taliban who ruled Afghanistan for five years before being ousted in a 2001 U.S.-led military action.