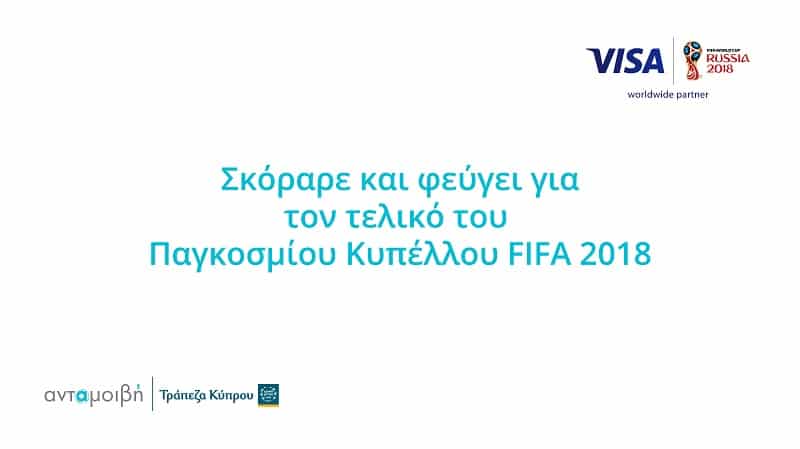 The big winner of the Bank of Cyprus competition scores and is off to the 2018 FIFA World Cup final in Russia, thanks to Visa.

On Monday 21st of May, the big winner of the Bank of Cyprus Visa Card competition was awarded his prize, during a different and unique football showdown. The winner Andreas Kapnisis, who won a draw among those who had made their purchases with VISA cards at merchants who participate in the Antamivi Rewards Scheme, won a package for two to watch the 2018 FIFA World Cup final, in Russia.

Specifically, the big winner, literally scored a goal in a very special encounter against the Bank of Cyprus Card Center Manager, Mr. Stelios Trachonitis, who acted as a goalkeeper, at Promachonas Stadium, in Nicosia. The big prize was given to the winner after the “golden” goal, in a festive atmosphere.

It is noted that the competition was conducted by the Bank of Cyprus Card Center and Visa. Official Partner of the 2018 FIFA World Cup Russia™.

US to take ‘firm, appropriate measures’ against Syria violations