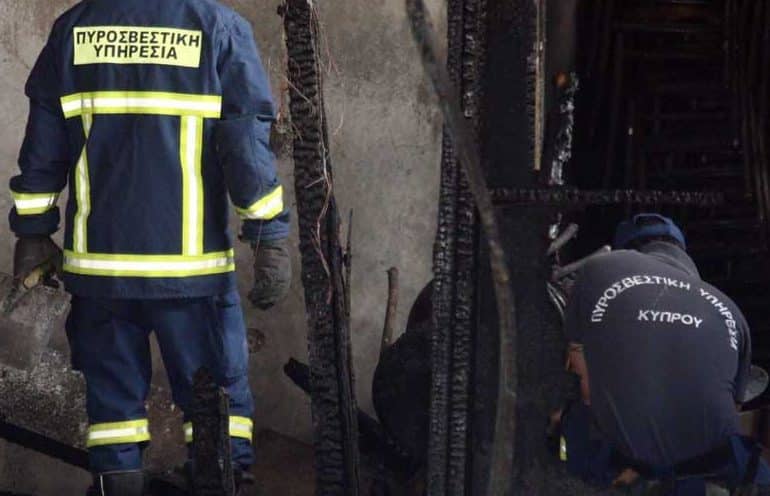 Police have no evidence that a series of recent arson attacks on businesses on or near Stavrou street in Strovolos, Nicosia are related, a spokesman said this week.

Between April and June, four separate businesses in the area were set on fire, causing varying degrees of damage.

On February 28, another arson attack on a business near Stavrou street also took place.

To many observers, the attacks suggest one of two motives – a demand for protection money or competition jealousy turned nasty.

Commenting on the spate of fires, deputy police spokesman Stelios Stylianou told the Sunday Mail that no evidence supported the suggestion that there was a link between them.

So far, one man has been arrested in connection with a cafeteria that was set on fire on April 18. Two firetrucks were sent to the scene shortly after midnight but the flames destroyed furniture in the interior such as tables and chairs.

The man was arrested after a witness statement and his trial, set to begin later this month, is related to arson charges, Stylianou said.

Such cases are difficult for police to fight mostly because they’re often met with a wall of silence from victims “for various reasons”.

Shop owners may be aware that it might be a business vendetta trying to stifle competition but may not know who may have been behind the fire.

Alternatively, if the attack concerns protection rackets, the chance of getting that in writing in a police statement is incredibly slim.

Victims who have just seen a business destroyed in which they’ve invested thousands of euros are too concerned for their safety to speak to police for fear of reprisal.

It goes without saying that speaking to the press is out of the question.

Arson attacks on businesses “are difficult to solve as many times victims do not cooperate to the extent they could”, Stylianou said.

Though police remain tight-lipped over how widespread protection rackets may be in Cyprus and could not answer questions as to how ‘effective’ the underworld’s tactics may be, the minister of justice himself Ionas Nicolaou conceded recently that they have resurfaced.

In an interview, he said protection rackets had resurfaced and admitted less than 10 years ago, “leading police figures believed the sale of alcoholic drinks through blackmail and threats was free trade.”

The three fires in Strovolos for which no arrests have been made occurred on May 1, June 4 and last Wednesday.

In the first, firefighters were called to a cafeteria on Stavrou street shortly after 3am, deploying three fire trucks. Though the fire was put out in about half an hour, the interior of the cafeteria was destroyed.

The flames also damaged adjoining stores – another cafeteria and a clothes shop.

The target of the June 4 fire was a fast food shop also on Stavrou street. Wednesday’s fire broke out in a pub in the same area in Strovolos on Athinos avenue. The covered outside area of the pub and equipment were damaged and the interior was also affected by smoke.

The attacks come at a time when police have been broadcasting a crackdown on organised crime, after two of their own were shot in Ypsonas, Limassol.

The main culprit, Elias Mouzos, admitted his involvement and will face trial, however, Paphos mayor Phedonas Phedonos said he had personally informed police that the men led a huge underworld ring in Paphos but officers did nothing about it.

In public appearances, he gave specific information –including first names of people involved in the underworld – and specific locations where drugs change hands to highlight that he had given police these details but nothing had been done.

Phedonos has long been accusing police of taking a back seat when it comes to tackling underworld, making a slew of public statements including that he knew exactly who the manufacturer of most bombs in Cyprus was and that criminals use drones to smuggle mobile phones and drugs into prison.

The healing is on the wall

Match-fixing in Cyprus ‘bigger than I expected’ says Spanish journalist

‘Car bomb’ box had death threats written on outside