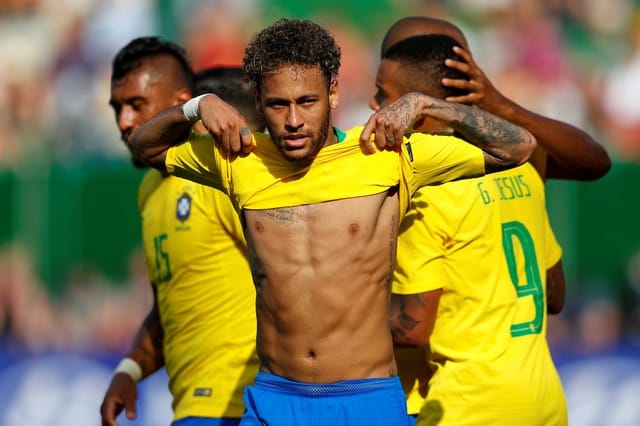 Brazil have shown all the signs they can rule the world yet again in Russia but they must make their excellent preparations count in their World Cup Group E opener against a resilient Switzerland side on Sunday in Rostov.

The five-times winners look to have returned to their thrilling best under coach Tite and were the first team to qualify for the tournament after ripping their way to finish top of the notoriously difficult South American qualifying phase.

They have continued that rampant form in their warm-up games and forwards Willian, Roberto Firmino, Gabriel Jesus, Philippe Coutinho and talisman Neymar all looked in good shape in wins over Croatia and Austria.

Brazil were left humiliated by a 7-1 defeat to Germany in the semi-finals of last World Cup as tournament hosts. The rot continued with two poor displays at the 2015 Copa America and the 2016 Centenario edition which resulted in the dismissal of the defensively-minded coach Dunga.

His replacement was the widely admired Tite, who had led Sao Paulo giants Corinthians to their first ever Copa Libertadores triumph in 2012 and an unlikely Club World Cup win over Chelsea.

Tite has a more attacking outlook than Dunga and previous coach Luiz Felipe Scolari, who was his physical education teacher at school. His impact on the team has been remarkable, winning 17 of 21 games and only losing once.

The coach has also had a fresh approach to team morale, dispensing with the position of a fixed captain and sharing the role around in each game with the aim of giving each player extra responsibility.

One of their most impressive displays was a 3-0 win over arch rivals Argentina in qualifying while a recent 1-0 win over Germany, their tormentors in 2014, was particularly cathartic.

“The 7-1 is no longer in our heads, we have the level to be world champions again and re-write our history,” said defender Thiago Silva.

“We have greater confidence,” added midfielder Paulinho. “Brazil are better prepared in a number of ways. That is just part of football. In four years you learn a lot of things.”

Standing in Brazil’s way is a Switzerland side who are ranked sixth in the world after winning nine games in a row in qualifying, although many of their best players go into the tournament following dismal campaigns with their clubs.

Talismanic attacker Xherdan Shaqiri was relegated with Stoke City, Granit Xhaka had an inconsistent campaign with Arsenal while centre forward Haris Seferovic failed to start a single game in 2018 with Portuguese giants Benfica.

Federer marks No.1 ranking with 98th title in Stuttgart