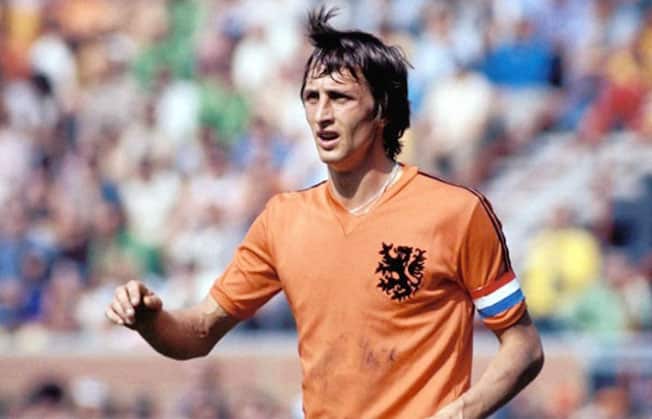 “Superstition – when you believe in things, that you don’t understand. Then you suffer!”
Stevie Wonder

In life we seem to be governed by routines, influenced by superstitions and end up with OCD’s.
Sport seems to magnify the idiosyncrasies that manifest themselves in our behaviour. Obsessive, compulsive, irrational eccentricities get a grip on our daily routines.

At the World Cup 2018, we have another chance to look at the weird and wonderful ways of professional football managers and players past and present and the fancy footwork that starts before the match as some players decide which foot first to step on the pitch with and what lines and cracks between tiles need to be avoided on the way.

Brazil legend Pele once despatched a friend to track down a fan to whom Pele had given one of his playing shirts with orders to retrieve it at all costs, after suffering a dip in form. A week later the friend handed Pele his shirt back and the striker’s form immediately returned. His friend decided not to tell him that the search had been futile and he had simply given him back the same shirt that he had worn in the previous match.

Dutch master Johan Cruyff would slap his goalkeeper in the stomach before proceeding to the halfway line to spit his chewing gum into the opposition half. And indeed, when he forgot his gum in the 1969 European Cup final, his team lost.

Eusebio used to wear a lucky coin in his boots and Romania’s Adrian Mutu allegedly put basil leaves in his.

England legend Bobby Moore had to be last to put on his football shorts in the changing room and Kevin Keegan would remain bare-chested until everyone else had put their shirts on.

England star Chris Waddle wore the same underpants though the 1983 season when his team Newcastle won promotion (allowing them to be washed each time) and in the 1986 season, he didn’t shave until Spurs lost and then back again to Mutu who would wear his underpants inside out to ward off evil spirits.

Former England striker Gary Lineker never took a shot at goal during his match warm-ups because he didn’t want to waste a goal and then if he hadn’t managed to score in the first half, at half-time he would change his shirt.

Alan Rough former Scotland goalkeeper had a wide range of rituals including wearing his own white socks. “Away to Israel (in 1981 World Cup Qualifier) I forgot to wash them from the last match so they were soaking wet from the sink but there was me, squelching around, soapy bubbles popping in the eyelets of my boots and playing one of my best games for my country. I should have made that another wee routine.”

Wales Manager Chris Coleman felt a habit of wearing a lucky suit helped his side qualify for UEFA EURO 2016. Reflecting on a 6–1 loss to Serbia in 2012 he said: “It was really hot that night so I took my suit jacket off and we had a very bad result. So since then, no matter what, I’ve kept my jacket on because I didn’t want to experience that again.”

Former France manager Raymond Domenech’s gaze focused on horoscopes and the alignment of stars and he refused to pick Scorpios for the national team which probably ended the international playing career of Robert Pires. He allegedly threatened to take a gun to Leos in defence who he accused of being liable to showboat.

As Cristiano Ronaldo leads Portugal out, he usually steps on the pitch with his right foot and then springs into the air and at half-time likes to have his hair restyled and Lionel Messi will place the ball for free- kicks using both hands in a Johnny Wilkinson rugby style routine. No doubt as Ronaldo and Messi have yet to win the World Cup for their countries they will have changed or added to some of their match routines for Russia.

I was alarmed to read that England Captain Harry Kane and midfielder Dele Alli amongst others had taken Playstations to Russia 2018 for down time. Should they not focus on the reality of trying to win matches, rather than try to escape from it?

It was also reported that England striker Jamie Vardy would drink a half bottle of Port before matches to help him score goals. Not an OCD it sounds like an alcohol problem!

And finally will whether Lionel Messi has a beard or not influence the destination of World Cup 2018?