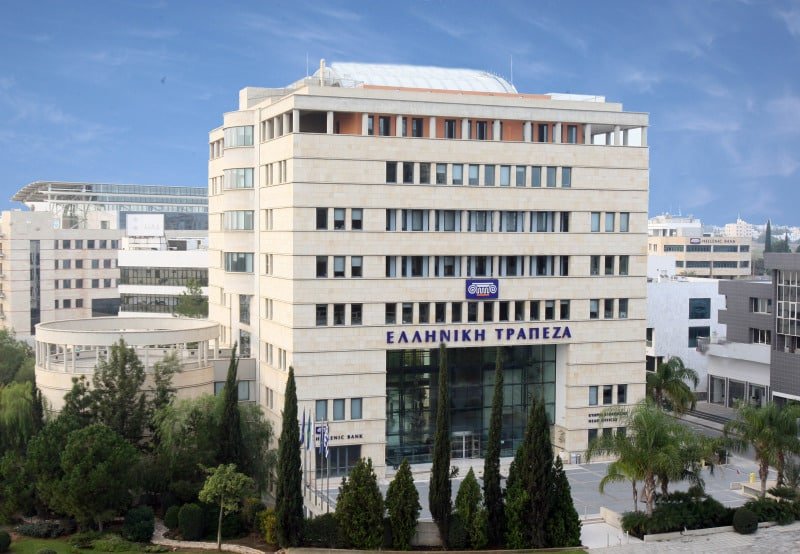 “The company has offered to pay the CCB €74m in cash as consideration for the acquisition,” Hellenic said in a five-page statement at around midnight Monday.

“Subject to final agreement, the company intends to finance the acquisition via an equity capital raise of €150m at a subscription price of €0.70 per share in cash of which, at least €100m will be via a pre-emptive rights issue. The acquisition is conditional on the shareholders having validly passed the necessary resolutions in a duly convened extraordinary general meeting approving the issue and allotment of shares comprising the capital raise by Hellenic Bank”.

Hellenic said it will be in a position to maintain its core equity tier 1 (CET1) ratio and total capital exceeding 13.7 per cent and 16 per cent respectively and will see its €6.7bn balance sheet almost triple following the transaction.

By comparison, the size of Bank of Cyprus’s balance sheet at the end of the first quarter was €23.4bn while that of the Co-op six months ago was €13.5bn.

The operations Hellenic will acquire consist of €4.6bn in performing loans, €1.6bn in cash, €9.7bn in customer deposits and “certain other current liabilities and assets.”

Hellenic will also get €4.1bn in Cypriot government bonds, adding to its existing stock of €500m. the bank said adding “the company’s capital position, following execution of the capital plan, will be sufficient to satisfy the regulatory capital requirements for such exposure”.

It said that it will seek to reduce its stock in government bonds through a “time-specific plan” over the coming years.

“The terms of the acquisition will include an asset protection scheme, provided by Cyprus Cooperative Bank, whose obligations will be guaranteed by the Republic of Cyprus,” Hellenic said. “The asset protection scheme will protect parts of the acquired loan portfolio, such as €0.5bn of non-performing exposures (net) and up to €2.1bn of high risk performing loans, against future unexpected losses to the company. The definitive agreements for the acquisition are expected to be entered into as soon as practicable”.

The completion of the deal is the largest since the March 2013 forced acquisition of Laiki, by Bank of Cyprus. Then, Bank of Cyprus acquired €15.1bn worth in assets and €14.6bn in liabilities, which included €9bn in emergency central bank liquidity. Depositors at Bank of Cyprus saw almost half of their uninsured deposits converted into equity while those at Laiki lost all their savings in excess of €100,000.

Combined with its existing customer base, Hellenic will be serving most Cypriot households following the completion of the acquisition. Its share in the performing loan market will be around 22 per cent and in that of deposits around 31 per cent making it the “leading retail and small and medium enterprise (SME) bank” on the island.

It will also increase its branch network, of currently comprising of 44 branches and seven cash offices, “with an enlarged and diversified customer base,” by adding roughly 400,000 co-op customers to its existing ones, it said.

The deal will help Hellenic reduce its non-performing loans ratio of 52.1 per cent to below 20 per cent over the next three to five years, the bank said. The reduction is not taking into account the impact of the sale of delinquent loans. The coverage ratio of the non-performing loans will remain at around 55 per cent.

Net loans to deposits following the completion of the deal will exceed 55 per cent and will reduce its cost-to-income ratio to below 55 per cent, compared with 48 per cent and 61 per cent in the first quarter respectively, it said. The net interest margin will increase from 1.84 per cent to over 2.3 per cent.

Hellenic said that it has also entered a subscription agreement with its third-largest shareholder, Demetra Investment, for up to €72.3m, which will allow it to almost double its 10.1 per cent share.