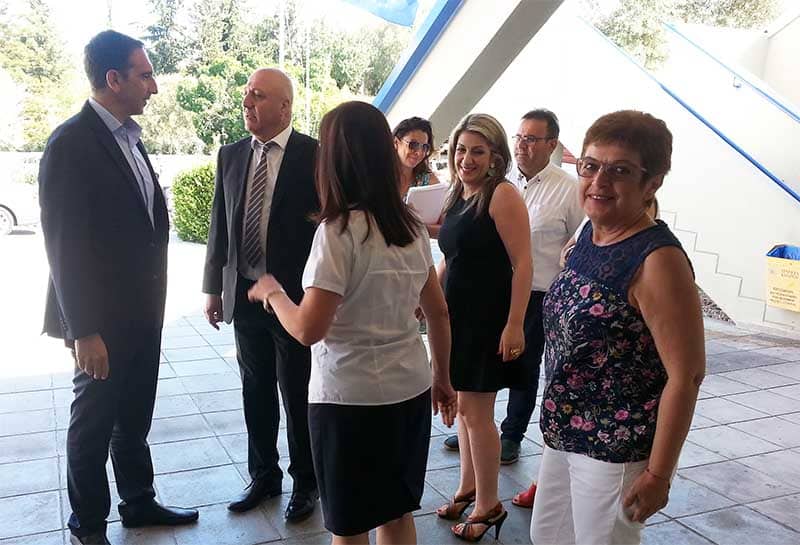 During a visit to Paphos hospital on Tuesday, Health Minister Constantinos Ioannou said the ministry understands the problems there and is looking for solutions.

He stressed the visit is the second to the hospital in an effort to understand the situation and do something about it.

Talking about staffing in the A&E department, he said there is no problem as some claim. According to the minister there is enough medical staff and there are normal shifts. However, he said it has been observed in other hospitals that in the afternoons staff treat patients who don’t have urgent problems.

“Our intention is that there is a screening for emergency situations and those that are not urgent should wait,” he said.

Asked why the nephrology clinic has 14 beds while according to legislation it should have eight, he replied the number of beds are the ones needed by the clinic.

The intention is to upgrade the capacity, he noted, adding that a letter was sent to the public works department in September, but nothing happened though the health ministry approved the funding and the funds are available.

He expects the department of works to proceed with the costing and the upgrade. Two meetings took place with the minister of communications and works in May to help the process along.

On the fact that the nephrology clinic in Paphos is now manned by just one nephrologist as the second one had an accident, while there are five at Larnaca hospital, he said an attempt has been made since last Friday, when the accident happened, to either purchase services or temporarily transfer a doctor from another hospital to solve the problem.

Ioannou added in general doctors are placed in hospitals by the health ministry on the basis of the workload at each of them.

Mentioning patient referrals, he said handling them was up to the hospitals.

“We, as a ministry and as a government, have received and approved an additional €11 million for referrals. Unfortunately, not only in this hospital, but in all hospitals, there is a delay in referrals.”

The ministry has asked all hospitals to send waiting lists, and if there are incidents pending since August this means they were not handed in.