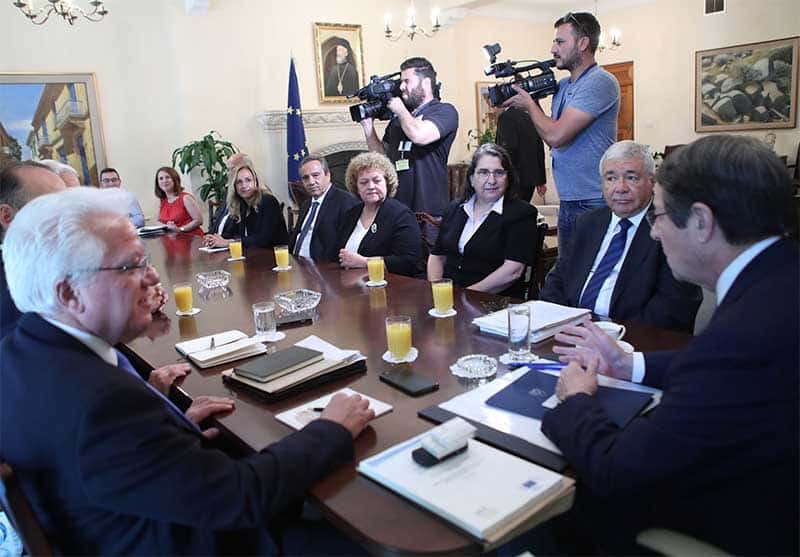 There will be radical changes in the way justice is served, starting immediately, Justice Minister Ionas Nicolaou announced on Tuesday.

He was speaking after a meeting at the Presidential Palace between President Nicos Anastasiades and Supreme Court judges where a report was discussed on a review of the courts’ civil procedure rules.

The government, Nicolaou said, will carry on with the reform of the judiciary and will take all necessary measures to speed up justice.

“The administration of justice is delayed to the point that the judges themselves informed the president of their decision to adopt the report which was presented last March,” Nicolaou said.

He also said that the president conveyed his administration’s determination to carry on with the reform of the justice system and to take all necessary measures and make changes to speed up the administration of justice.

“There will be such radical changes that justice administration in the future will not be the same as today,” he said.

The changes concern the complete reform of the structure and function of the courts, he said, while new courts will be created. “The current Supreme Court will be divided into a court that will have the jurisdiction of the Supreme Constitutional Court provided for in our Constitution and a new Court of Appeal to deal with delays in an effective manner,” Nicolaou said. He added that the goal is for all delayed cases that are pending to be examined “within the next two or three years.”

With these changes, he said, a regulation is being introduced for all cases handled by the court to be dealt with in specific timeframes, while structures are being created for the administration of the courts.

“A Court Administration Service is being set up with a Chief Executive Officer and administrative staff.”

The minister said that civil justice procedures will be completely changed, and that e-justice and e-court case management will apply. “The bid for e-justice has been awarded, three appeals are pending in the Tender Review Authority, but we hope to sign the contract in September or October,” Nicolaou said.

The implementation of all these changes is starting immediately, he said, adding that an action plan has already been drawn up with specific timeframes, and the goal is to complete the changes by 2020, “so that we can say that justice in our country is being served within the framework dictated by the rule of law.”

Last month a team of experts – led by Lord John Dyson – presented suggestions on the review of the courts’ civil procedure rules. The team visited Cyprus last January for contacts and to get an idea as to what had to be done. A special committee appointed by the Supreme Court was to submit its comments on the team’s suggestions. Two more rounds of consultations will follow where the team will submit more suggestions.

The project, which is part of the plan to reform the courts, is expected to be completed within 12 months.

Last year, Supreme Court President Myronas Nikolatos told MPs that Cyprus ranked worst across the EU in the number of judges proportionate to the population and that delays in the country’s judiciary system were unacceptable for a modern EU member state.

Speaking during the House Finance committee which was examining the judicial service budget, Nikolatos had said that while the judiciary in Cyprus was independent, impartial and honest, the delays observed in delivering justice were unacceptable and primarily down to lack of staffing due to austerity policies in place since the over the last few years.