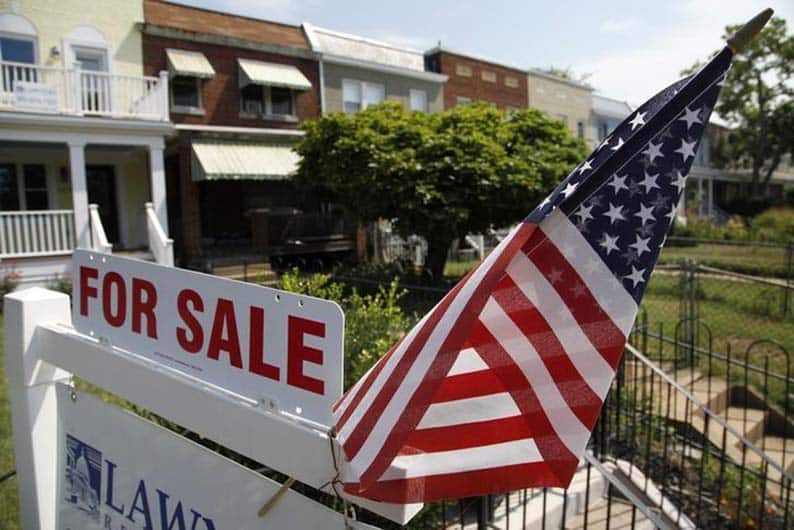 The stock of housing under construction edged up 0.2 per cent to 1.127 million units, the highest level since July 2007

US homebuilding surged to near an 11-year high in May amid an acceleration in both single-family and multi-family home construction, but a second straight monthly drop in permits suggested housing market activity would remain moderate.

Higher lumber prices as well as labor and land shortages have left builders unable to meet strong housing demand, which has depleted the number of properties available for sale. Housing demand is being fueled by the lowest unemployment rate in 18 years.

“There is some early evidence that lumber prices may now have peaked, but the shortage of labor will not be solved so quickly, and that means housing market conditions will remain tight for the remainder of the year,” said Matthew Pointon, property economist at Capital Economics in New York.

Housing starts vaulted 5.0 per cent to a seasonally adjusted annual rate of 1.350 million units last month, the Commerce Department said on Tuesday. That was the highest level since July 2007. Starts in the Midwest jumped 62.2 per cent to their highest level since September 2006, offsetting declines in the Northeast, South and Midwest regions.

Building permits fell 4.6 per cent to a rate of 1.301 million units, the lowest level since September 2017.

Economists polled by Reuters had forecast housing starts rising to a pace of 1.310 million units last month and permits declining to a rate of 1.350 million units.

Single-family homebuilding, which accounts for the largest share of the housing market, increased 3.9 per cent to a rate of 936,000 units last month. It has lost momentum since hitting a pace of 948,000 units last November, which was the strongest level in more than 10 years.

The PHLX housing index declined in tandem with the weaker stock market. Prices for US Treasuries rose and the dollar strengthened against a basket of currencies.

A survey on Monday showed confidence among single-family homebuilders dipped in June, with builders “increasingly concerned that tariffs placed on Canadian lumber and other imported products are hurting housing affordability.” According to the survey, more expensive lumber had “added nearly $9,000 to the price of a new single-family home since January 2017.”

Residential investment contracted in the first quarter. The housing market continues to lag overall economic growth, which appears to be accelerating in the second quarter after hitting a speed bump at the start of the year.

Growth estimates for the second quarter are as high as a 4.7 per cent annualized rate. The economy grew at a 2.2 per cent pace in the January-March period.

The housing shortage could ease slightly, with more houses under construction and being completed. Housing completions increased 1.9 pe rcent to a rate of 1.291 million units, the highest level since January 2008. The number of single-family houses completed last month was the most since March 2008.

Realtors estimate that housing start and completion rates need to be in a range of 1.5 million to 1.6 million units per month to plug the inventory gap.

“While the rise is good news, it’s still not enough for a hot real estate market that is starving for inventory during the peak summer sales season,” said Sam Khater, chief economist at mortgage finance agency Freddie Mac.

Russia on brink of next stage after beating Egypt