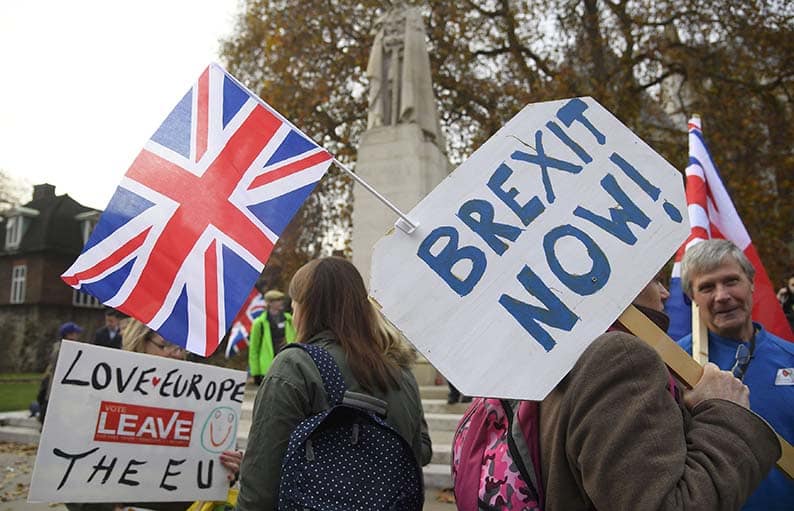 Prime Minister Theresa May won a crucial Brexit vote in parliament on Wednesday, keeping her deeply divided government’s plans to end Britain’s more than 40 years of partnership with the European Union on track.

After pro-EU Conservative lawmaker Dominic Grieve said he would support the government’s proposal for a “meaningful vote” in parliament on any Brexit deal, a potential rebellion that could have undermined May’s authority looked was averted.

May adopted a high-risk strategy by facing off with rebels in her Conservative Party, and it paid off. One lawmaker said May had no option but to take them on or risk their rebellion growing as she cuts ties with the EU.

But the battle over her Brexit blueprint, or EU withdrawal bill, may be a taste of things to come.

May needs to get several other bills through parliament to prepare Britain for life outside the EU, a momentous change to its trading and political relationships after 45 years in the bloc.

Some of her opponents on Brexit may simply have decided to keep their powder dry for later fights on issues such as future trading ties and customs arrangements with the bloc before Britain’s scheduled departure in March next year.

Sterling rose slightly against the dollar after Grieve backed away from a confrontation over May’s proposal for the role of parliament if she fails to negotiate an exit agreement with the EU or if lawmakers reject any deal she returns with from Brussels.

Before his about-turn, Grieve had argued that government promises did not hand parliament enough control to prevent the “chaos” that could follow Britain crashing out of the EU without a deal, and he had seemed to have won over several fellow Conservatives.

But after days of lobbying by Conservative officials that parliament should not tie the government’s hands in the Brexit talks and that lawmakers were handing an advantage to the EU, Grieve seemed to have put his concerns aside.

Grieve said he now saw he needed to take account of May’s concerns over the state of the negotiations, which have all but stalled because of divisions in her government. He also said he had been reassured by a statement saying it was up to the parliamentary speaker to grant lawmakers greater influence over ministers.

“And in the circumstances that might follow a no deal, which would undoubtedly be one of the biggest political crises in modern British history, if the house wishes to speak … the house has the power to do it,” Grieve said.

With his words, May enjoyed a rare victory in a parliament that is stacked against her since she lost her majority at an ill-judged election last year.

But businesses are still seeking more certainty to start planning for future investment.

“My biggest worry about Brexit is that I don’t know what we are planning for,” Juergen Maier, the UK CEO of German engineering giant Siemens told Reuters in an interview.

“We need to put something in place quickly that works and if that is not possible, and until that point, then we have to just default to staying in the customs union.”

Diamonds are a girl’s best friend

China withdraws promise not to send troops to Taiwan after unification