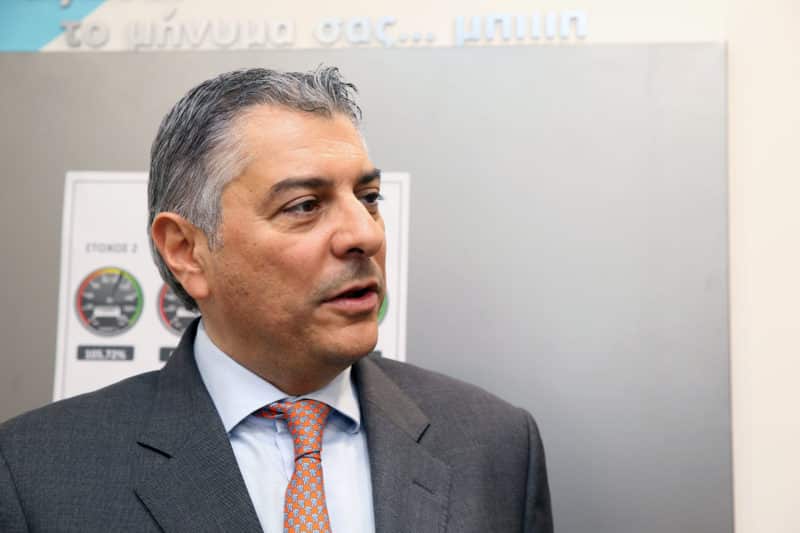 The chief executive officer (CEO) of the Cyprus Cooperative Bank Nicholas Hadjiyiannis has said the bank was compelled by European regulators to enter cooperation with Altamira and Citi.

Hadjiyiannis who was commenting to state-radio CyBC on Wednesday, a day after the European Commission approved the sale of its operations to Hellenic Bank, said that the bank also lacked the capacity to foreclose to improve borrower discipline after up to 100,000 customers of the state-owned bank resorted to “payment stoppage”.

“Let us remember that while acting proactively, we entered into cooperation with Altamira,” he said. “We brought this international agency in to gain in credibility. It was a precondition imposed in July 2017”.

“They told us come to Frankfurt, if you don’t have a cooperation with Altamira or you don’t choose Citi to commence privatisation procedures don’t come,” the CEO of the Co-op, one of the four Cypriot banks jointly supervised by the Central Bank of Cyprus and the Frankfurt-based European Central Bank’s Single Supervisory Mechanism (SSM) said.

The Co-op almost announced in July 2017 its cooperation with Spain’s non-performing loans specialist Altamira, which in turn sparked demonstrations supported by opposition politicians. Auditor-general Odysseas Michaelides criticised the Co-op in a report completed in October and published on June 1.

In it, he said the Co-op had not sought alternatives to Altamira, thus giving the latter the upper hand in negotiations. The Co-op announced its agreement with Citi which would have helped with the implementation of an initial plan to have the Cypriot bank get listed at the Cyprus Stock Exchange and so tap private equity.

On Tuesday, the European Commission said that it approved the government’s plan to help the orderly market exit of the Co-op by injecting additional €3.5bn in taxpayers’ money into the bank and so facilitate the acquisition of its operations by Hellenic Bank. The Commission also said that the demise of the Co-op was partly due to poor governance and its inability to reduce its non-performing loans stock. The Commission linked its approval on the condition that Cyprus would do more to improve its legal framework to reduce non-performing loans, accounting for €22bn or around 45 per cent of the total.

Hadjiyiannis said that had the bank resorted to foreclosures, it would have to auction up to 1,000 homes a month.

“Just imagine having 12,000 foreclosures a year,” he said. “This is not feasible as the market cannot absorb it. It would have a disastrous impact on the economy, the society and the real estate market”.

The lender made only slow progress towards reducing its non-performing loans stock which consists of a large number of relatively small loans and after total restructurings reached €3.5bn, reducing delinquent loans to €6.2bn. Hadjiyiannis said that the supervisor did not give it enough time and the coup de grace came when the supervisor asked the bank to increase provisions for loan impairments by €812m in January.

This coincided with rumours that the bank, which received two capital injections worth almost €1.7bn in 2014 and 2015, was undercapitalised, which sparked up to €2bn in deposits outflows in the first quarter of the year. According to Hadjiyiannis, the outflows further undermined the regulators’ faith into the bank’s ability to recover.

Hadjiyiannis, a childhood-acquaintance of Finance Minister Harris Georgiades, and whose appointment at the helm of the Co-op attracted criticism from auditor-general Michaelides two years ago, said that he agreed with the Commission’s findings about the bank’s governance.

He said that it was related to the Co-op’s nature, a bank that emerged from successive mergers of local cooperative credit institutions

“There was a governance issue at the Co-op,” he said. “Let me add that the Co-op started working as one bank after it became one (bank)”.

He said that audits at the bank, which led a number of cases involving corruption to the courts in recent years, showed cases that made “supervisors freak out”.

The largest cooperative institution in the Nicosia area, he continued, cooperated with a property valuer who overestimated the value of collaterals resulting to a €60m loss for the bank. In another case, he added, a minor with “mental health issues” signed as co-borrower in a contract with his thumbprint.

“There is nothing that we haven’t seen yet,” he said. “This was Cyprus”.

Uni tuition hike limited by decree to 0.75 per cent

Eva Longoria has given birth to a baby boy