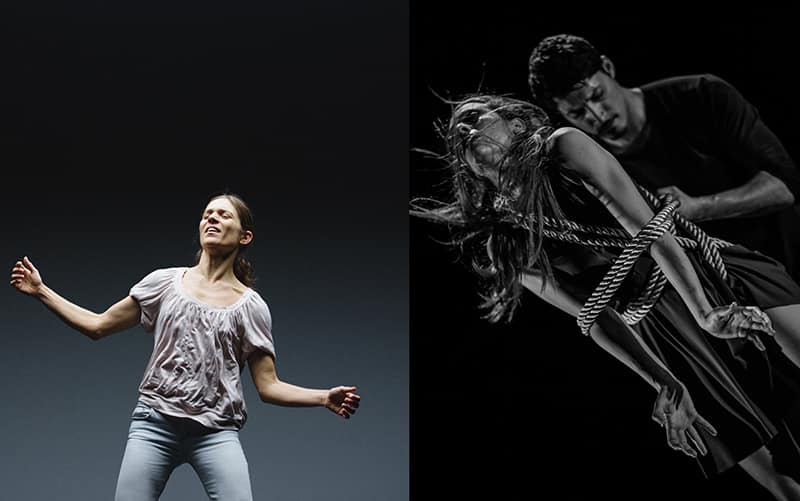 So far, the 21st Cyprus Dance Festival has shown contemporary dance performances by dance companies from The Netherlands and France. There is still Italy, Israel, Greece and Switzerland to come and this is all in Limassol. Between what has been and what is to come, is the Cypriot participation tonight, which will be the only show in Nicosia.

Near Life Experience (NLE) and Whispers, will be the two dance pieces, choreographed by Lia Haraki and Fouli Stylianidou, to represent the island in its biggest dance festival. Both dance pieces, which will be performed at the Pallas Theatre, were selected at the Cyprus Contemporary Dance Platform 2018.

Haraki is the choreographer of the dance group .pelma. Lia Haraki. She is a contemporary dance and performance artist who uses the body as her main tool. She also uses the voice and body as forms of identity which can be transformed.

She studied Dance Theatre Studies at the Laban centre in London and she is a resident artist at Dance House Lemesos. Haraki formed .plema. Lia Haraki in 2003 and since then she has created works for stage, site specific, sensory and immersive performances. These works have been presented internationally in festivals such as the

In 2013 she was one of the artists that represented Cyprus in Venice Biennale for Visual Arts (special mention for the Cyprus and Lithuania pavilion) with her solo performance Tune In. In 2016 her project The Performance Shop was selected as one of 25 best practices by the European Dancehouse Network. This is the third year she will be present her work at the Athens and Epidaurus Festival (she previously participated in 2009 and 2013).

Whispers, by Stylianidou, will make the audience wonder why we have ever stayed in a situation or allowed ourselves to continue to be tied up to a certain issue, just because it was easier for us to handle. The performance will prompt thought on all the times we held ourselves back, stayed quiet about an unfair situation and couldn’t find the strength to say no. These are the times when we would not let ourselves be happy. Speaking about this Stylianidou said “I believe, deep inside us, we all know the road to happiness. But many of us act against our own instincts, fearing the social consequences, which are so powerful that they make us wonder whether we did make those decisions consciously.”

Stylianidou joined the Egribiancodanza Dance Company in Italy with a scholarship in 2005 and then went on to join the Salzburg Experimental Academy of Dance in Austria. Since 2014 she has been working with the contemporary dance group Asomates Dynameis with choreographer Machi Demetriadou Lindahl.

The 21st Cyprus Contemporary Dance Festival is giving something new this year, a dance performance for children under the name Zick Zack Puff. The dance group Mafalda which will perform the piece, will also offer a workshop for children on the day before the show.

The workshop, which is free of charge and suitable for children from four to 12-years-old, will gradually introduce the children to explore movement routines and dance techniques by the principle of learning by doing. By this means the participants’ imagination will be stimulated and they will easily be able to enter into the world of dance.