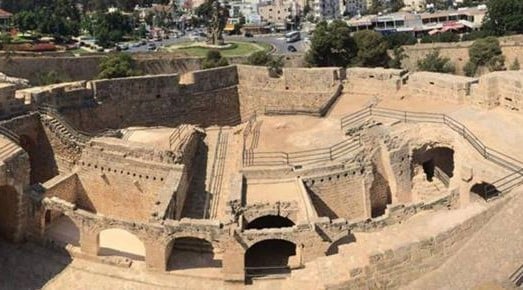 More than 400 people attended an event on Tuesday night marking the completion of conservation works to the Ravelin/Land Gate in Famagusta.

The event was organised by the United Nations Development Programme in partnership with the bicommunal Technical Committee on Cultural Heritage and the European Commission.

Conservation works to the Ravelin/Land Gate of Famagusta started in February 2017 and were completed this month.

The total cost of the conservation works was around €670,000 fully funded by the European Union.

“For some of us here, the walls meant defence and security. Many Turkish Cypriots and myself took shelter in this bastion using the tunnel going along outside of the walls and owed our lives to Ravelin,” said Tuncay.

“We have received Ravelin/ Land Gate marked with a history of wars and conflicts and we are now giving it back, a place open to peace, understanding and collaboration,” added Hadjidemetriou.