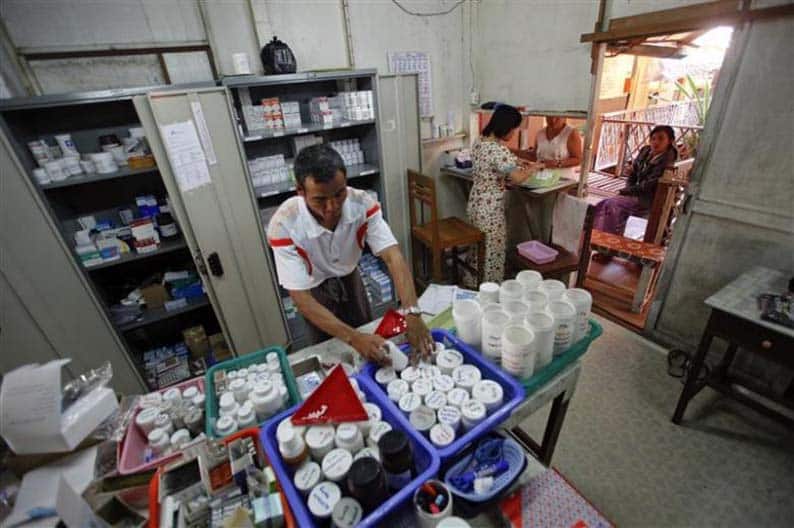 Doctors without Borders was founded in 1971. By 2015 it had over 30,000 personnel providing medical aid in over 70 countries

Global charity Medecins Sans Frontieres (MSF) said on Thursday that it needed to make it easier for staff to report sexual misconduct after a media report said employees used prostitutes in Africa, in the latest sex scandal to rock the aid sector.

Eight female ex-MSF employees said in a report by Britain’s BBC that MSF had a “toxic” culture, including “blatant and widespread” use of local sex workers by staff, with one man bragging it was easy to barter medication for sex in Liberia.

“We are sorry for any instances where people have been subjected to harassment, abuse or otherwise mistreated and/or felt that it was not adequately dealt with,” MSF, which employs 42,000 people, said in a statement.

“While we have reporting mechanisms in place where complaints can be made, we know we need to do more to ensure that they are known, trusted and used by the people who need them.”

The aid industry has been shaken by reports of sexual wrongdoing since it emerged in February that Oxfam staff paid for sex in Haiti during a relief mission after a 2010 earthquake.

A Thomson Reuters Foundation survey found more than 120 staff from about 20 leading global charities were fired or lost their jobs last year over sexual misconduct.

MSF said 20 people were sacked in 2017 for sexual abuse or harassment, and 10 people the year before.

One former employee of the medical charity was quoted by the BBC, Britain’s public broadcaster, as saying she had seen a colleague bring “very young” girls rumoured to be prostitutes back to MSF accommodation in Kenya.

“You would often see men who were older, middle-aged, partying with much younger local girls. It was sexualised,” the BBC quoted the unidentified whistleblower as saying, adding she felt unable to challenge the man because he held a senior role.

The Thomson Reuters Foundation could not immediately independently verify the allegations, which the BBC said involved logistical staff, not doctors and nurses.

MSF said it had looked into the claims but it was unable to confirm them, and a lack of details made the task difficult.

“We are deeply saddened that in this case the people the BBC has spoken to do not feel able to come forward,” it said.

Charities have pledged to overhaul their approach to dealing with allegations of sexual misconduct after the Oxfam scandal but campaigners say stronger action is needed.

“Western governments need to suspend all funding to aid organisations whose staff abuse women or children,” said Andrew MacLeod a spokesman for Hear Their Cries, a Geneva-based charity fighting sex abuse in the aid sector.