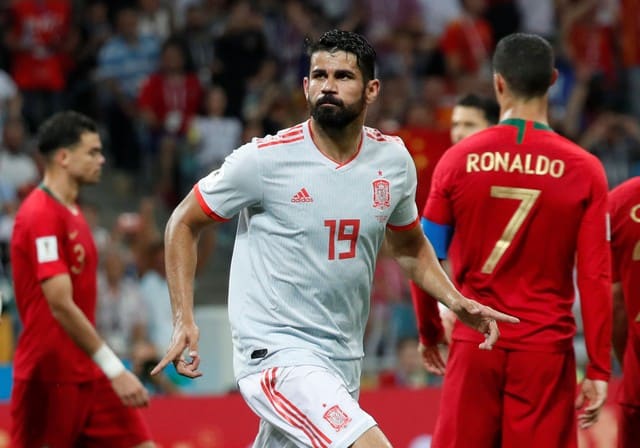 Although I am in advanced middle age, I still view the World Cup like a kid, looking for a hero to idolise, to put on pedestal, worship and get excited about as the new football deity, the man with the skill, technique, grace and impudence to embarrass the hard-running, hard-working players with his natural talent and touch.

I know this is naïve and childish, especially nowadays when all national sides are made up of strong, and super-fit players, set up in rigid tactical formations that do not give much space for skill or flair to flourish. As my more grown-up mate, condescendingly, told me when we were having this conversation, football is about good teams and not the individual.

He was right, in theory, but could an average Argentina side have reached two successive World Cup finals without Diego Maradona? The English might still call him a cheat, but to the rest of the world, he was a footballing genius, arguably the greatest of all time, that could be forgiven anything – like once scoring a goal with his hand – because of his magical left foot, the perfect balance, the audacious dribbling skills, the quick thinking, the eye for the killer pass and the courage of a true fighter.

Maradona was also a leader who turned a mediocre side into world champions in 1986 and took a weak side to the 1990 World Cup final by sheer force of will.

I cannot remember another Argentina player from that side apart from the long-haired, fleet-footed, striker Claudio Caniggia. If only the little footballing genius Lionel Messi had a little of his older countryman’s leadership qualities, he would attain super-galactic hero status, the best player of all time, but he does not.

I hope he proves me wrong, but so far, Cristiano Ronaldo, with his hat-trick against Spain and winner against Morocco has already staked his claim for World Cup hero, even though, personally, I would never put him on a pedestal and worship him because he is such a narcissistic poseur.

It is still too early in the competition to declare a World Cup hero, but here are some candidates, based on my prejudices.

Messi, Kevin de Bruyne, Andres Iniesta, despite being substituted on the hour mark every match because of his age, James Rodriguez, Harry Kane, Marcus Reus and of course Neymar Jr if he stops his infuriating showing-off whenever he gets the ball.

If he does not cut out this habit, Neymar runs the risk of being remembered for his hairstyle, which Eric Cantona thinks resembles some pasta, rather than his footballing skills.

My flutter for World Cup hero would be the mean and moody Brazilian that plays for Spain, Diego Costa.

Despite possessing all the qualities of an anti-hero. He has already scored three times and has not yet picked a fight with a defender which bodes well for him.

For us, grown-up kids, a World Cup without at least one man we can put on a pedestal, declare a football deity and worship, is just not the real thing.