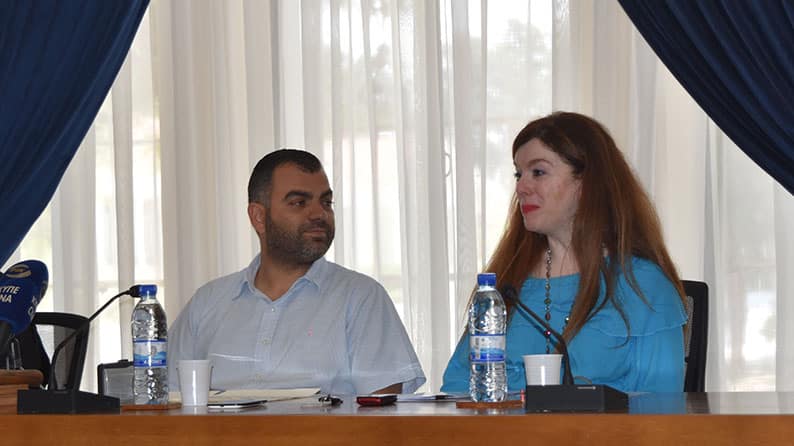 THE 13th Cyprus International film festival (CYIFF) will get underway in Paphos on Saturday and filmgoers will have a chance to see more than 100 films for free in the coming week, said festival director, Petra Terzi, at a news conference on Thursday.

“This year we have elevated the festival and screenings will be shown at three venues in Paphos. We are grateful for the support of the municipality,” she said.

Films which are part of the ‘Official Selection’ of the festival are competing for 22 ‘Golden Aphrodite’ awards in genres including features, shorts and documentaries.

“The festival fully supports new film directors from all over the world and judges award the ‘best of the first’ as well as great movies by ‘veterans’ who have their own categories,” she said.

Palia Ilektriki Cultural Centre, Attikon theatre and Neapolis University amphitheatre will be used as the festival’s venues, which runs from June 23 until July 1, when the Golden Aphrodite awards ceremony will take place at Palia Ilektriki.

Deputy Mayor of Paphos Christos Makariou, said: “The municipality of Paphos is very pleased and happy to support this festival again this year. Last year was a big success and I’m sure it will be this year as well.”

He noted that the event is important for Paphos, as it raises the town’s profile as a cultural destination, and added that the municipality fully supports the festival, and will continue to do so in the coming years.

“There are guest directors from all over the world, including America in Paphos presenting their films. It is a great event for our town,” he said.

A number of parallel events will also take place, including the ‘Pegasus cinema lab’ which will see a short film produced, shot and edited during the duration of the festival, it will then be screened at the ‘Golden Aphrodite’ awards ceremony on July 1st. There is also a CYIFF script contest and a script table read by actors.

In addition, there will be a group exhibition of photos and video art with 50 Cypriot and foreign photographers and artists taking place, titled ‘Myths and Legends.’ Funds raised from the sale of the photographs will go Paphos based charity Paphiakos and CCP animal welfare.

The charity provides a shelter for thousands of dogs, cats and other animals, as well as a rehoming service, a veterinary clinic, free rescue and 24 hours emergency service, pet boarding, a pet travel service, education programmes for schools and the general public, a coffee shop, four charity shops and a book exchange shop.

The charity’s, Oana Bodnaras, said that Paphiakos was delighted to be chosen as the beneficiary and that any funds that raised by the purchase of the photographs from the exhibition will be put to good use to help the thousands of animals at the shelter, still the largest in Cyprus. Also, still operating 36 years since its creation.

“This is a very high-profile occasion for us and enables us to fundraise for the organisation and to raise awareness of our work to those that may not have heard of us,” she said.