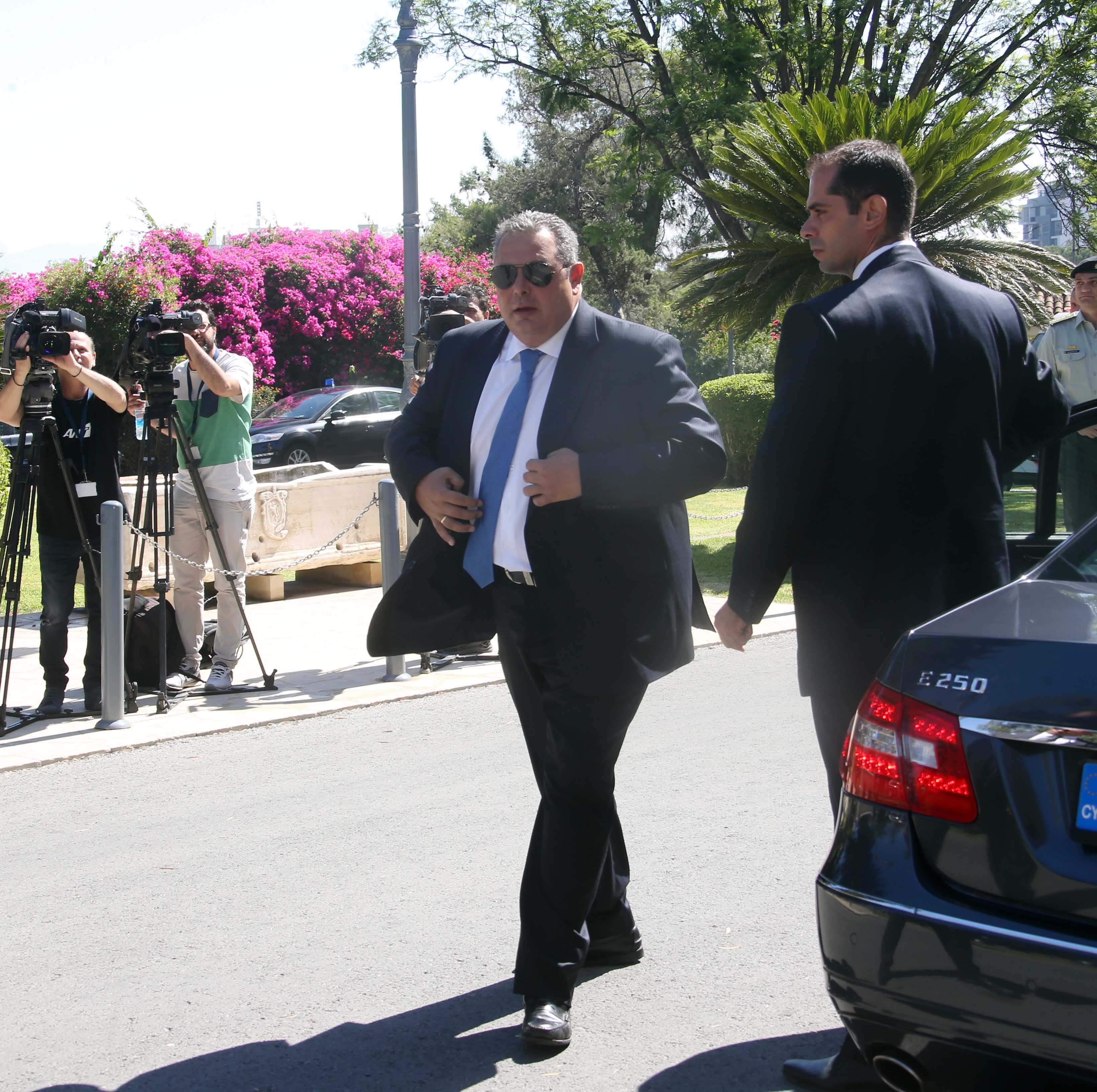 The defence ministers of Cyprus, Greece and Israel said on Friday they look forward to further developing and enhancing trilateral defence collaboration.

After the second Trilateral Defence Meeting held in Larnaca, the ministers of the three countries issued a joint statement saying that Cyprus, Greece and Israel share a close and intimate relationship which stems from geographic proximity, common values and shared perspectives.

“Taking into consideration regional challenges, increasing extremism, aggression and the threat of terror, the deepening cooperation between our defence establishments serves as an important part of our bilateral and trilateral collaborations,” the statement said.

It added that the three are looking look forward to further developing and enhancing trilateral defence collaboration “for the mutual benefit of our countries in spheres of military cooperation, maritime counter-terrorism collaboration, defence-industrial cooperation and strategic consultations.”

Defence Minister, Savvas Angelides, held a meeting with his Greek and Israeli counterparts, Panos Kammenos and Avigdor Liberman, at the Larnaca Joint Rescue Coordination Centre (JRCC). Following the meeting of the ministers, talks took place between the delegations of the three countries on regional security, and ways of further enhancing their trilateral relations as regards military cooperation and joint exercises.

Angelides said following the meeting that through this cooperation, “we seek to transform the Eastern Mediterranean from a region of instability and conflict into an area of stability, cooperation, prosperity and growth.”

He added that they are developing regional partnerships with neighbouring countries “in a spirit of trust and understanding that enables us to work constructively for our common interests.”

Kammenos said that all three of them agree that there is an urgent need for even closer co-operation between the armed forces of the three countries to increase awareness, strengthen their deterrent capabilities and develop defence capabilities adapted to new threats.

Liberman said that, in recent years, the three countries have had very close relationships in a very warm atmosphere.

He said that the three countries have good relations governed by common values and principles as democratic states, adding that they also have common problems, challenges and threats.

“It is therefore right to develop a deep cooperation.”

The next trilateral meeting will take place in Israel.

Earlier in the day, the ministers attended a conference in Nicosia on the defence industry in which companies with activities in the sector from Cyprus, Israel and Greece participated. The ministers highlighted the opportunities for strengthening cooperation in this sector.

Yemen’s Houthis ‘indicate willingness to hand over port to UN’