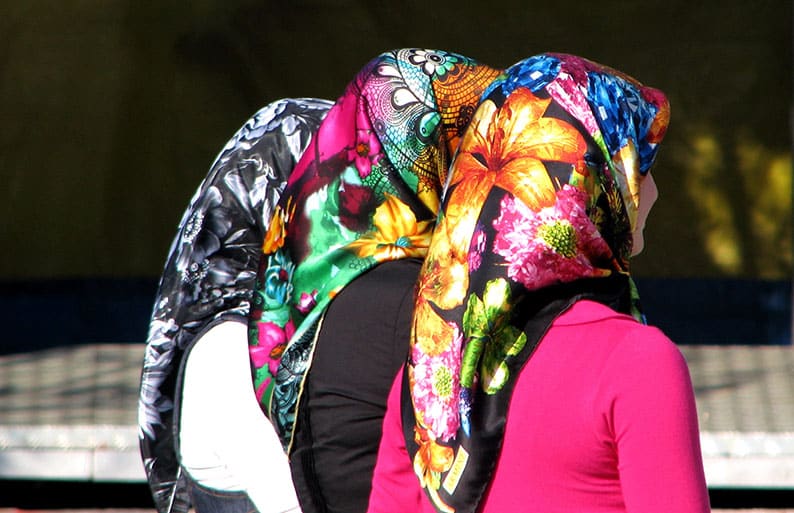 Authorities in the north said on Friday they would sign the school-leaving diplomas of 51 female pupils who had submitted for their documents photographs of themselves wearing headscarves, reversing an earlier decision.

‘Education Minister’ Cemal Ozyigit said on Friday that the ‘attorney-general’ had ruled that these pupils’ diplomas could be signed.

The earlier decision not to sign the graduation diplomas caused an uproar.

The row started on Thursday evening during the graduation ceremony at the Hala Sultan religious high school in Mia Milia, in Nicosia in the north, when 51 pupils were not given their diplomas.

Officials of the ‘education ministry’, reportedly, did not sign the diplomas because the young women had submitted photos in which they were wearing headscarves. The ‘ministry’ said the use of such photos was against the rules.

According to Kibris online, parents of the girls gathered on Friday morning outside the ‘education ministry’ demanding a solution to the problem, while the ‘attorney-general’ was called in to weigh in on the matter.

‘Deputy education minister’, Asim Idris, told daily Kibris Postasi that according to the rules, people need to be without Islamic attire in photos on their diplomas and other documents.

Chairman of the school’s parents’ association Hikmet Kaynarca said the ‘education minister’ was lying when he stated earlier in the day that the pupils in question were given unsigned versions of their diplomas.

The pupils, he said, had not received their diplomas and were made to look like fools in the eyes of their friends.

The issue, reportedly, drew the attention of the Turkish government, with Foreign Minister Mevlut Cavusolglu asking the breakaway regime to solve the matter.

After getting the green light from the ‘attorney-general’ Ozyigit said that all pupils’ diplomas would be signed.

The school in question, which opened in 2011, is viewed with scepticism by many in the north who fear it promotes religion and strays from the principle of laicism.

Ozgiyit said in a statement that his ‘ministry’ has made sure that, just like every other school, the school in question was offering a scientific, democratic and secular education, “and that our children are nourished by a culture of tolerance and that they feel themselves part of this society and the state.”

On the issue of the photos, he said that they had detected an inconsistency with decisions concerning pictures on official documents such as ID cards and diplomas, and “in this sense we resorted to the opinion of the ‘Attorney-general’.”

He also said that this issue should not be politicised by anyone.

‘Finance Minister’, Serdar Denktash, had said he was against this decision of the ‘education ministry’. In his social media account, he said that these children had chosen that school due to their religious convictions and they had chosen to don the headscarf during their studies there, but they were now being told that they need to change the way they dress to get their diplomas.