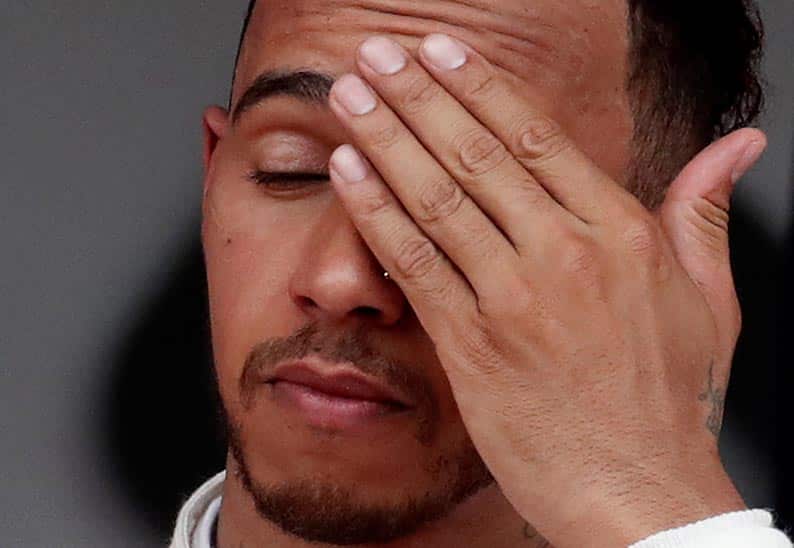 Formula One world champion Lewis Hamilton was fastest for Mercedes in the first French Grand Prix practice in a decade on Friday with the session halted after Swedish driver Marcus Ericsson suffered a fiery crash.

Hamilton, a point behind Ferrari’s Sebastian Vettel after seven races, complained about his car’s handling over the radio but still put in a best time of one minute 32.231 seconds.

His Finnish team mate Valtteri Bottas, also with a new Mercedes engine in his car, was second fastest in 1:32.371 as France made its return to the F1 calendar for the first time since 2008.

The 90 minute session was red-flagged with a minute remaining when Ericsson lost control at the Beausset corner, spun and hit the barriers hard, with the Sauber car then catching fire.

The Swede worryingly remained in the car, with flames licking the airbox, before marshals arrived with an extinguisher and he clambered out from underneath the halo head-protection system.

Video images later showed extensive scorching to the rear of the car.

Australian Daniel Ricciardo, winner of two races this season and still mulling his future options, was third fastest for Red Bull in 1:32.527.

Ferrari’s Kimi Raikkonen was fourth on the timesheets with Vettel fifth.

Romain Grosjean, in the Haas, was the highest-placed French driver in sixth place and ahead of Dutch 20-year-old Max Verstappen.

There was further misery for Williams and McLaren, two of the sport’s most successful teams who are going through difficult times, with their drivers filling four of the bottom five places.