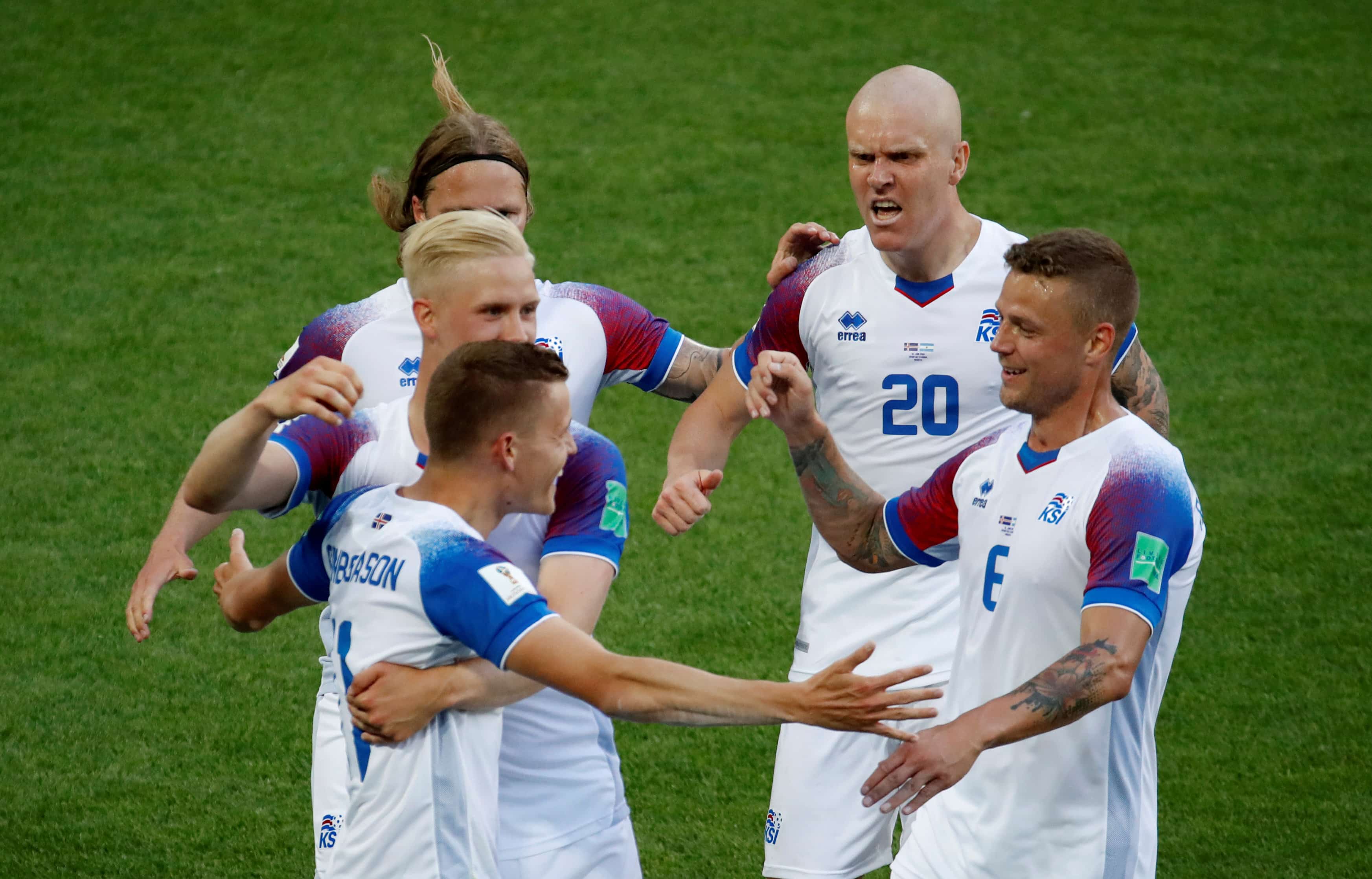 Iceland will try not to melt in the fierce heat of Volgograd when they take on Nigeria in only their second ever World Cup match on Friday after impressively holding twice champions Argentina to a draw at the weekend.

World Cup debutants Iceland are dreaming of the knockout stage and writing a new chapter in one of the most outstanding stories of international football in recent years.

In their way stand not only Nigeria, who are desperate for a win after losing their opening game 2-0 to Croatia, but also the challenge of searing temperatures in the southern Russian city.

Weather forecasters are predicting heat of 32 degrees Celsius (90°F) at kickoff time on Friday, 10 degrees hotter than when Iceland pulled off their 1-1 draw with Argentina on Saturday.

“Of course we’ve talked about it,” assistant coach Helge Kolvidsson told reporters on Wednesday at their training camp in Gelendzhik before Iceland make the journey to Volgograd.

“We have doctors… and we’re trying to prepare as good as we can, if it’s going to help with vitamins or stuff like that, but it’s going to be the same for both teams.”

Iceland, who feature many players based in northern European countries, have chosen a resort near Sochi, on Russia’s hot Black Sea coast, to help their acclimatisation.

Kolvidsson said the players were mindful of Nigeria’s long experience at the top table of world football.

“They’ve been in the World Cup finals five times, three times they have moved on to the next round,” he said. “We are here for the first time.”

In a potential blow for Iceland, winger Johann Berg Gudmundsson – who is central to the team’s quick, counter-attacking style – is a doubt after tearing a muscle in the Argentina game.

Playmaker Gylfi Sigurdsson, who recovered from injury just in time for the World Cup, played 90 minutes against the South Americans, raising hopes he will remain fit for Nigeria.

While a draw for Iceland would keep their knockout hopes alive, Nigeria, who are bottom of Group D, are under huge pressure to get all three points with manager Gernot Rohr saying his team must win.

Striker Odion Ighalo promised Nigeria would be on the front foot after managing only two chances on target against Croatia.
“The Iceland game will be different from the Croatian one,” Ighalo told FIFA’s website. “We want to attack that game and we want to create chances because only with chances you score goals.”

So far, only one team from Africa have won at the Russia World Cup – Senegal who beat Poland 2-1 on Tuesday – adding to the pressure on Nigeria.

US military may house immigrant kids amid Trump policy confusion