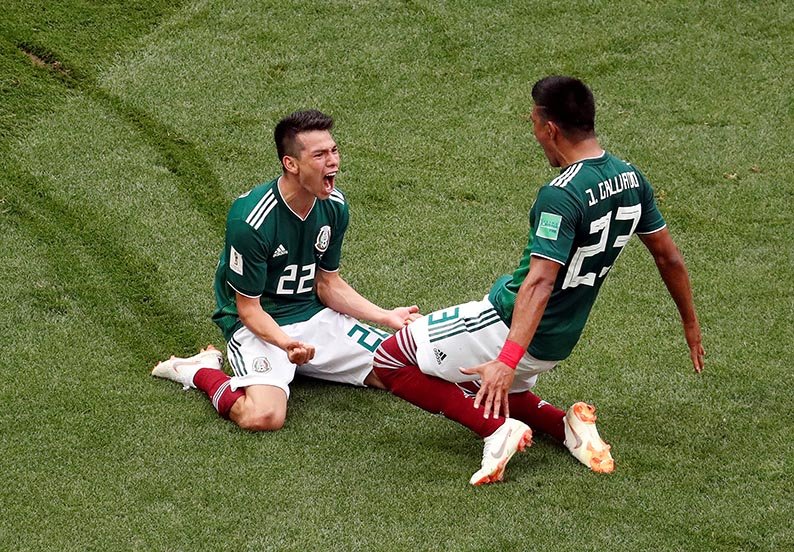 Mexico coach Juan Carlos Osorio will take charge of his side for the 50th time when they side face South Korea at the World Cup on Saturday and his past record suggests there is every chance he will field his 50th different line-up.

The old rule of not changing a winning team does not apply to the cerebral 57-year-old who likes to keep his opponents — on this occasion a South Korean side beaten 1-0 by Sweden on Monday — guessing to see what he will pull out of the hat.

The Colombian, whose side stunned Germany 1-0 in their opening game in Group F on Sunday and are now looking to book their place in the last 16 with a match to spare, is renowned for his attention to detail, even when he does a simple workout on a treadmill.

Osorio told ESPN in an interview recently that, instead of simply running at a given speed or distance, he adjusts the settings up to 30 times in a 45-minute spell to make sure his heart gets the right workout.

When Hirving Lozano scored Mexico’s winner against Germany on Sunday, Osorio did not celebrate – he simply sat down quietly and started writing notes in his trusty spiral notepad.

As coach, Osorio adopts a chameleon approach, changing his selection and tactics depending on the opposition.

However, his constant tinkering has not made him popular with Mexican fans, and in particular, some parts of the media.

Many feel he over-complicates and are also baffled when he gives complex answers to what are considered straightforward questions, rather than trotting out the usual football cliches.

Despite a respectable record of 32 wins, nine draws and eight defeats in his 49 matches in charge and a comfortable qualifying campaign, he was jeered at the Azteca stadium in their farewell game against Scotland three weeks ago.

But Sunday’s remarkable win, when Mexico not only beat the world champions but out-thought and out-played them, has considerably raised his stock, silencing his more vociferous critics — at least for the time being.

Despite the constant chopping and changing, his basic philosophy remains an attacking approach, often with the back four stationed on the halfway line, plus two wingers and a single centre forward.

Wing back Miguel Layun said on Sunday he could never understand the criticism aimed at Osorio.

“When see someone with this kind of commitment, who works as hard as he does, you cannot explain to yourself how people are able to have these kinds of radical and tough judgement of him,” he said. “He is a genius but he does things differently. I hope he gets the credit he deserves.”

Walking in the land of giants