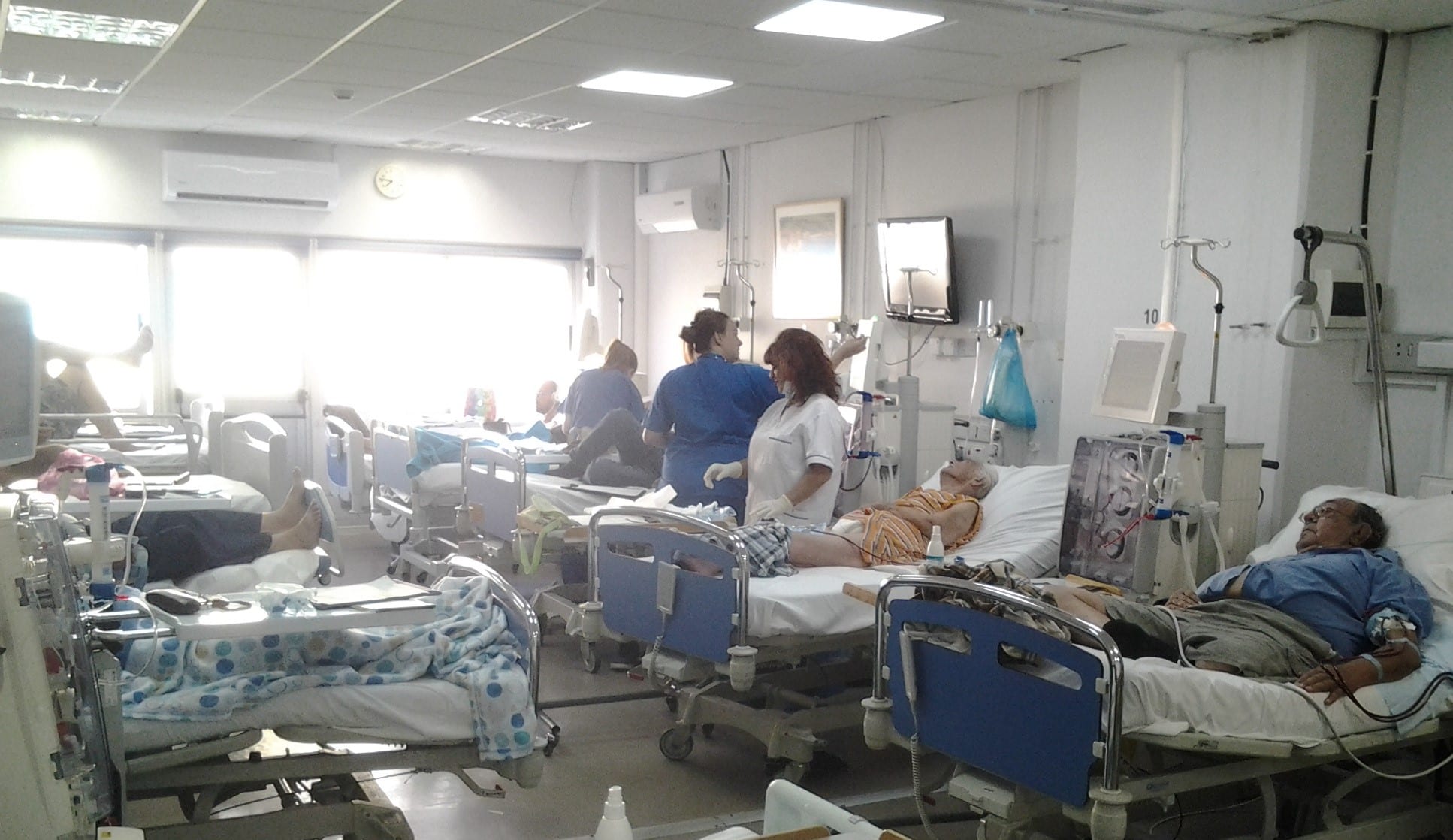 Patients receiving lifesaving dialysis treatment at Paphos general hospital’s renal unit have vowed to take dynamic action against what they say are cramped and dangerous conditions and bureaucracy and red tape holding up plans for a new space, for which funds have already been allocated.

Most of the patients being treated at the renal unit are Cypriot, and they will stage a protest against the dire conditions they are being treated in outside the hospital’s accident and emergency department in the coming days.

A source at the hospital who wished to remain anonymous told the Cyprus Mail: “The situation is dangerous as beds are crammed into a small space and conditions are so cramped that it’s putting patient’s lives at risk.”

Graham Brown, the chairman of the Paphos kidney association which has donated dialysis machines and all sorts of other necessary equipment to the unit with money from fundraising and donations, said that instruction will be given to a lawyer next week to write to the minister of the interior on behalf of the patients.

“This will be on behalf of all of us – to appeal to him to release the funds and enable the plans to be drawn up. We desperately need a bigger unit. You can’t even get a wheelchair between the beds or down the central aisle.”

Brown has hereditary polycystic kidney disease and receives regular dialysis treatment at the unit to keep him alive. His treatments take around four to five hours three times a week.

Each of the hemodiafiltration (HDF) units the charity has donated cost €25,000. If a patient doesn’t receive dialysis when needed, they will die within five days.

Last year, the charity raised over €73,000 from events including quizzes, raffles, concerts and donations.

Some €100,000 has already been approved by the ministry of health but it is being held up by the minster of the interior. This money would be used to draw up plans for a new, more functional and larger unit.

“There are 14 beds crammed into a space suitable for eight, it’s just not acceptable. The minister of the interior needs to approve these funds for the money to be released,” Brown said.

Staff said that that if a patient were to have a heart attack, there would be no space for life-saving equipment to be brought in.

“The situation is just not as it should be.”

Catheter insertion is also undertaken in the cramped unit and there should be a separate room for such procedures, said Brown.

In addition, he noted that patients and family members from other countries, such as the UK, are horrified by the current cramped conditions. And, if a renal patient needs to be admitted, there are no beds at the unit for them to stay overnight and staff have to scrabble around the hospital trying to find them a space.

Earlier this week, an Israeli tourist on a passing cruise ship was rushed to the facility by helicopter for emergency treatment for a pulmonary oedema. Staff managed to save him and he has since returned home, but finding space for him was a challenge.

“It’s the right of a patient to be treated in the correct way and not in a place where space is too tight,” said the source.

Dialysis patients in Paphos are doubling every five years, mostly because of diabetes and hypertension. Currently there is only one doctor at the unit as a second is off sick with a broken leg.

Staff say that at least three doctors are needed to cover duties. These include running the busy unit and caring for patients in the out-patient’s department and intensive care.

Our View: Vassilikos deserves some state care over its new role as an energy hub

Tunisia to attack Belgium, under pressure for Arab pride