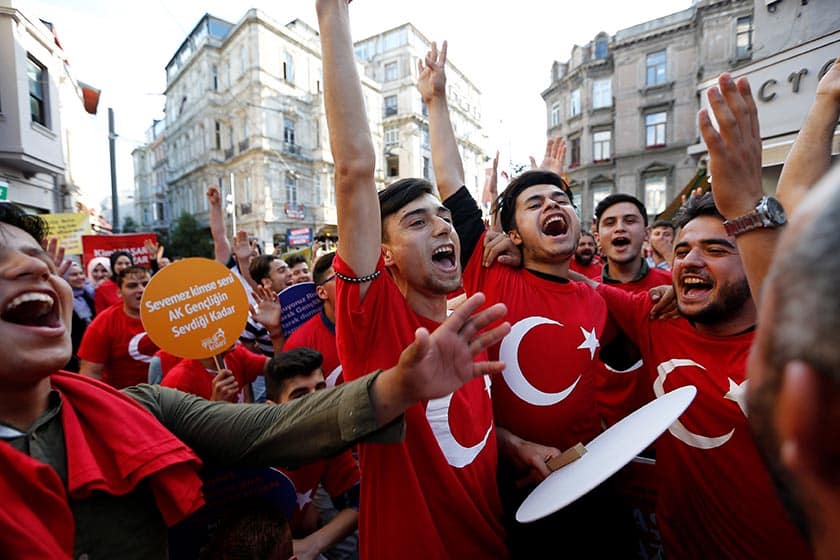 There is no possibility of a happy outcome in Sunday’s election in Turkey. Almost exactly half the population adores President Recep Tayyip Erdogan, in power since 2002, while the other half hates him and believes his victory would mean the death of democracy in the country. That could well be the case, but he is going to win.

Erdogan is one of the nationalist strongmen who have come to power in countries that aspired to democracy in the first two decades after the end of the Cold War. From Vladimir Putin in Russia and Viktor Orban in Hungary to Rodrigo Duterte in the Philippines, these men – populists, as we call them – abide by the democratic rules unless they absolutely have to cheat.

Instead, they aim to win free elections by stirring up hatred of minorities and foreigners and dominating the media, and it usually works. For Putin, Orban and Duterte, nationalism plus a ‘hard man’ image produce election victories without any need to massage the voting numbers, but Turkey is a tougher nut to crack.

If Erdogan could not pose as the defender of Islam as well as of ethno-nationalist values, he would probably never have won an election in Turkey – and the 75-80 per cent majorities Putin enjoys are far out of his reach. His Justice and Development (AK) Party has never got even 50 per cent of the votes in a general election and is running this time in coalition with an ultra-nationalist but secular party.

About half of Turkey’s voters still want the secular state they used to have, which means that Erdogan’s ostentatious piety and strident promotion of political Islam alienate almost as many voters as they seduce. His margins of victory have dwindled as his Islamism has become more visible, and in the last two elections the AK Party only got around 40 per cent of the votes.

In a multi-party system that excludes any party winning less than 10 per cent of the national vote from parliament, that was enough to give AK a parliamentary majority, but you wouldn’t think it would provide a secure foundation for an electoral dictatorship.

Even in last year’s constitutional referendum, where the usual multi-party mess was reduced to a simple yes/no choice, Erdogan only got 51.4 per cent of the vote. Unfortunately, that was enough, because the referendum approved Erdogan’s proposal that Turkey should switch from a parliamentary to a presidential system of government.

The referendum downgraded the parliament and gave the president such sweeping powers that he would be, in practice, an elected dictator. It was a constitutional change in the service of one man’s ambition.

To put the change into effect, however, required new presidential and parliamentary elections, which were only due in late 2019. Sensing an imminent collapse of the economic boom that has sustained his party politically for so long (the Turkish lira has lost almost a fifth of its value in the past two months), Erdogan brought the elections forward – and on June 24 he will win again.

To be more precise, he might get 50 per cent of the vote on the 24th and win outright, but with three opponents who appeal to widely different electorates he is more likely to have to go to a run-off presidential election on July 8. Nevertheless, the bottom line is that a man who has the support of barely half the voters is probably going to become, by formally democratic processes, the de facto dictator of Turkey. How can this happen?

It can happen because the failed coup of 2016 enabled Erdogan to declare a state of emergency, jail tens of thousands on flimsy pretexts, and shut down most free media.

It is happening because Erdogan re-opened the war against Turkey’s Kurdish minority in 2015, and is now free to practise voter-suppression policies in the south-east of the country where the Kurds are the majority of the population.

But the fact remains that the Turkish strongman has never had the support of more than half the population – and the other half actively loathes him. He looks unstoppable at the moment, but Turks are better informed and more sophisticated politically than any other electorate in the region.

Inflation is already in double digits and the economy is heading for a fall, but Erdogan will probably be able to ride out the discontent that creates for a while by beating on the nationalist and Islamist drums. (You can actually do both at the same time in practice, although in theory it should be almost impossible.)

Erdogan’s subversion of Turkey’s promising young democracy is a tragedy, but not necessarily an irreversible one.

Public or private debate, that is the question.

The neglect and abuse of elders