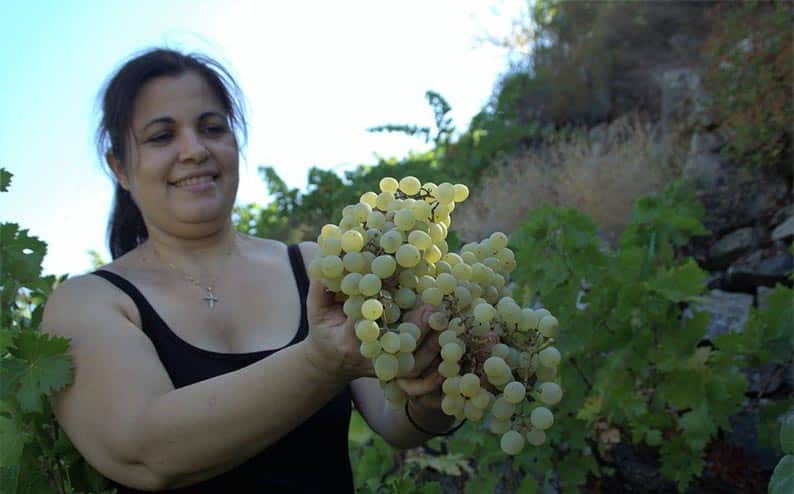 THOUSANDS of grape growers around the island will find out later this month if their entire yearly production of indigenous xynisteri will be bought by the Sodap cooperative, the island’s largest winery.

Last year growers protested over the prices being offered for their xynisteri grapes, an ongoing problem that arose after a glut of the white grape followed the lifting of a partial ban on the indigenous fruit. Previously, xynisteri was only grown in limited, designated areas.

Marinos Pericleous, Sodap’s sales and marketing manager, told the Sunday Mail that the facility is a cooperative and includes around 10,000 grape growers from all over Cyprus. This means that members expect their grapes to be bought, even if there is an excess, as has happened the last few years. He said that this year is no exception.

“In the last few years the xynisteri grape production has been far more than we need and indications are that this year will be exactly the same.”

Last year the cooperative’s committee discussed two options to try and solve this problem, he said.

The first option was to buy only what was needed at a higher price, for example the 2016 vintage was priced at 39 cents per kilo. The second was to buy the whole crop but at a lower price, so for the 2017 vintage it would be 30 cents a kilo. They followed the second option, he said.

“This year, there is no decision yet, but the matter will be discussed this month. We will start to receive grapes at the beginning of August, if not earlier, due to the weather,” he said.

However, Sodap still has grapes left over from last year. In fact the excess quantities are far more than was forecast.

“Even before we take any more grapes, we already have around half a million litres of excess wine and that’s before we even see how much there is from this vintage.”

Pericleous said the organisation will this month study their budget for next year and will forecast what is needed.

“Negotiations (with the growers) have to be give and take. Because we are a cooperative, the committee is made up of members from different villages and this can sometimes present challenges.”

The Sodap a cooperative was formed in 1947 by a group of grape growers that brought together around 10,000 families, from 144 vine-growing villages.

For the last few years it has been based at the Kamanterena winery in Stroumpi. It is a modern, well-equipped facility that uses the latest technology and expertise of a number of professional oenologists. This has led them to produce excellent, award-winning quality wines, as well as regional wines from Paphos, said Pericleous.

The winery is situated in the heart of the main vine producing areas between the Paphos district villages of Stroumbi and Polemi. The winery is open to the public for

Although it seems grape production in Cyprus is too much, the indigenous xynisteri variety in particular, Pericleous said that the volume of grapes being grown is about right for the needs of the island.

Cyprus produces excess wine only because eight million litres of wine a year is imported to Cyprus.

“The entire consumption is only around 17-18 million litres, so a huge chunk of wine available in Cyprus is imported, if this was far less, there would be no problem with our quantity of grapes,” he said.

The other main variety that’s produced in large quantities in Cyprus is mavro. Much of this is used in zivania production as it’s cheaper to buy than xynisteri – around 25 cents per kilo. It is also a bigger grape, higher in sugar and alcohol.

Those involved in the distillation of zivania prefer mavro over xynisteri for these reasons, he said. However, if xynisteri was cheaper they would buy that too, he said.

As regards the European market, he noted that Cyprus can’t complete with countries such as Spain and Italy that can produce indigenous varieties at rock bottom costs.

“Exports from Cyprus are low as we can’t compete with other countries such as Spain. They sell low quality wine in bulk at around 52- 53 cents. Our production costs alone are at around one euro per litre. We just can’t compete,” he said.

In addition, the wine expert said that Cyprus hasn’t done a great job of establishing the ‘Cyprus wine brand’ in the last 30 or so years, as other countries have done.

Many people don’t even know that Cyprus makes wine and establishing Cyprus as a brand is not an easy thing to do and can’t be accomplished overnight. It would take effort, money and years of consistency, he said.

Even so, many of the wines produced at Kamanterena winery are popular and this has been recognised by garnering awards from around the world.

“Already for 2018, we have 32 awards, last year we had 29 for the entire year. All of our wines win something and we are graded high, consistently, every year.”

He added that although such recognition is great for the winery, it builds the company’s name rather than that of the country as a recognised quality wine producer.

“If we finally build a name for Cyprus, Sommeliers will look at us seriously and this will help us to export our quality wines abroad.”