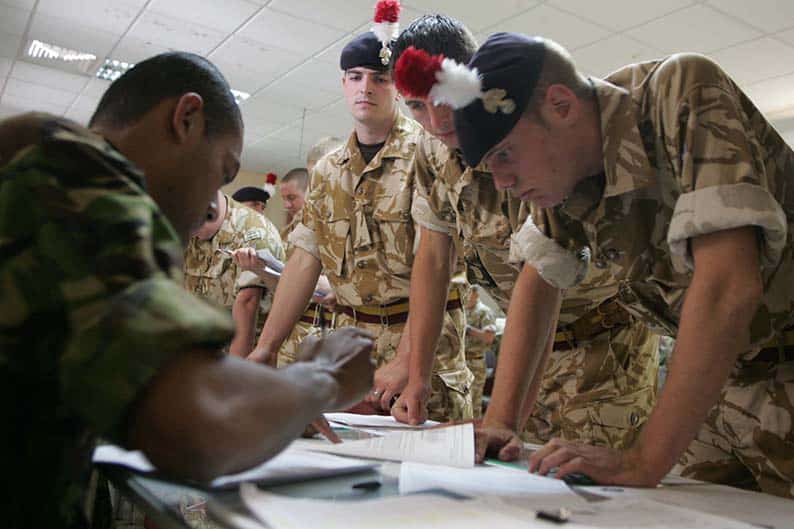 The updated UK-Cyprus Double Taxation Agreement (DTA) signed on March 22 this year in Nicosia will have major ramifications for UK nationals residing on the island.

Significantly, the new DTA will tax all government pensions at source (in the UK) and affected individuals will pay UK standard tax rates.

It should be stressed that this applies to publicly funded pensions – such as those received by former members of the British armed forces – paid by the government and not private pensions. Nor does it apply to the statutory state pension.

The DTA has not yet entered into force, but will do so once both countries have completed their parliamentary procedures and exchanged diplomatic notes.

According to the British High Commission in Nicosia, they expect this to happen at the beginning of tax year 2019-2020.

“An announcement will be made when these procedures have been completed,” the British High Commission said.

The Sunday Mail contacted the British High Commission, having been alerted to the coming changes by a reader.

In email exchanges with the British High Commission, they confirmed that the previous – that is, the still-in-force but lapsing – DTA allowed for UK government pensions to be taxed in Cyprus at a rate of 5 per cent.

According to the UK diplomatic mission, the minimum rate on pensions in the UK is 20 per cent, “with those taxpayers also eligible for the relevant tax free allowance of £11,850”.

“Those affected by these changes will be able to continue to file their tax returns as previously.”

On how many UK nationals in Cyprus will be affected, the British High Commission stated:

“HMRC (Her Majesty’s Revenue and Customs) does not produce impact assessments for secondary legislation enacting double taxation treaties. This is, in part, due to the difficulty of assessing the impact of a complex treaty that is designed to apply for at least 20 years and which affects not just individuals and businesses, but also trade and investment across borders.”

However, it added that it estimates there are around 70,000 British citizens residents in Cyprus, several thousand of whom may be ex-military personnel.

Asked what was the reason for the changes, the British High Commission cited the Organisation for Economic Co-operation and Development (OECD) model in relation to government service.

“The UK’s policy during negotiations is to follow the OECD model text in relation to government service and this is reflected in the majority of our Double Taxation Agreements. When updating the treaty with Cyprus both countries agreed that the OECD text provides the right outcome.”

Meanwhile, on June 18 the British High Commission, in conjunction with the Institute of Certified Public Accountants of Cyprus (ICPAC) and HMRC, organised a seminar to inform the Cypriot accounting community about the new UK Corporate Tax Law and forthcoming changes in UK tax legislation.

According to a press release, the event “informed the accounting profession about the new ‘Requirement to Correct’, that requires all UK taxpayers to declare to HMRC, before September 30, 2018 all their foreign income and assets, where there might be tax to pay.”

It stated that as of October 1, 2018 new, substantially higher penalties will apply to UK taxpayers who have failed to pay all the tax due on foreign income and assets

“The vast majority of people and businesses pay the right amount of tax. The requirement to correct legislation is aimed at those who fail to pay the correct tax on their offshore income or assets.

“Many people may not realise that some straightforward actions, such as renting out a property in Cyprus or transferring income and assets from one country to another, could mean having to pay tax in the UK. This includes having income from or an asset in Cyprus or anywhere else in the world. These must all be declared to HMRC.”

The press release added that although the ‘Requirement to Correct’ applies to people who pay tax in the UK, “it could still affect people if they live abroad and pay tax outside the UK, for example people who rent out their UK home whilst living in Cyprus or another country.”

The British High Commission said that, for individuals who may be concerned that they have not told HMRC about foreign income assets, “or that you have transferred income abroad without paying the UK tax on it, you should make a disclosure to HMRC before September 30, 2018. You could also consider taking independent professional advice before deciding what to do next.”

Speaking at the event, an HMRC official said:

“The UK Government is getting much tougher on offshore tax evasion. This is the last chance to put things right before tougher sanctions are introduced in 2018. Tax evasion is a crime, committed by a dishonest minority, which unfairly places a greater burden on the honest majority of people and businesses who pay the tax that they owe on time.”

The event also outlined the new ‘Corporate Criminal Offences’ legislation, under which companies from anywhere in the world can be liable for failing to prevent their representatives facilitating UK tax evasion, whilst companies based in the UK or who carry out any part of their business in the UK are in scope for failing to prevent the facilitation of overseas tax evasion.

Further guidance on how to inform HMRC via the Worldwide Disclosure Facility, including how to register and when payment is due, can be found on the HMRC website at: www.gov.uk/guidance/worldwide-disclosure-facility-make-a-disclosure