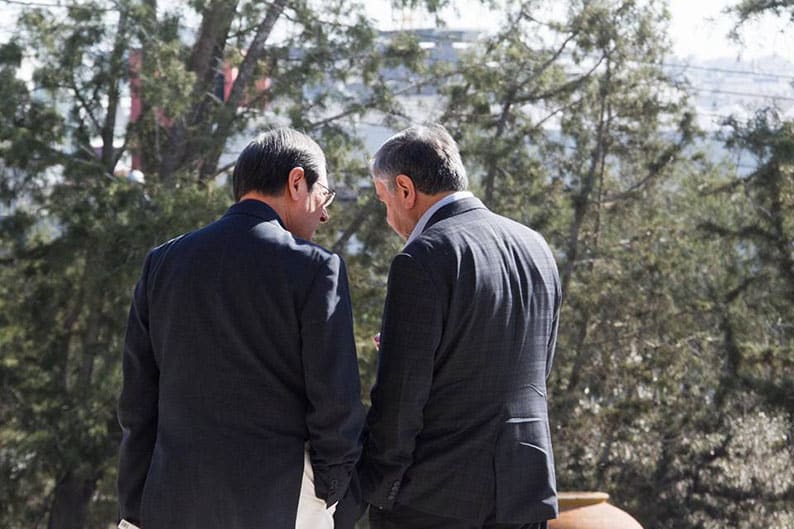 UNDOUBTEDLY, the Cyprus problem is an issue of vital importance for all Cypriots, given that its impact on future generations, including a possible new uprooting, is certain to be far reaching.

To have diverging views on such a complex and difficult problem is perfectly logical and anticipated.  At the end of the day, some assessments are bound to be proved correct and some will be proved wrong.  Unfortunately, at that stage, it will be too late to adjust the course we will have already taken

The collapse of the peace process at Crans-Montana was the result of the failure of the President of the Republic to explain to the public at large why a rotating presidency was deemed necessary, what exactly it entailed and how the problems associated with such a system could be tackled and mitigated.  It would be a grave mistake to repeat the same mistake again.

What we urgently need to do is to analyse, comprehend and carefully evaluate our options, in a serious, thorough and pragmatic manner, which will lead to a strategy that will secure the survival of Cyprus.

Many are those who forcefully argue that the debate on such a sensitive issue cannot be carried out “in public” and who present certain arguments in support of their case:

I would respond to these excuses for avoiding an honest, transparent and bias-free debate as follows:

With very few but notable exceptions, in the period from the beginning of the 20th century to date, Cypriot politicians have failed abysmally to serve the national interests of Cyprus.

This conclusion is self-evident, given that we have already reached the preliminary stage of the international community accepting the de facto division of Cyprus into two separate and distinct segments (which division Cypriot politicians have diligently conserved by refusing to accept any form of a tactical compromise).  Personally, I have serious doubts whether these politicians have a realistic understanding of the problem.

I also have doubts whether their political skills are, in fact, superior to those possessed by the average Cypriot.  I do not rule out the possibility that the opposite is the case, given that the more competent Cypriots are understandably reluctant and unwilling to get involved in questionable procedures that entail a lot of political “give and take”.

However, the most flimsy argument against “a public” debate is that of “revealing our secret card” to the enemy.  This argument is truly hollow because it is naive on our part to believe that our enemies are not aware – in every detail – of our thoughts and intentions.  Furthermore, it is widely accepted that when your enemy has resources that are many times greater than yours, it is foolish to bluff.  In fact, it is foolish to engage in such a game because, if you bet on the future of your country and you lose, then you are confronted with catastrophe.

But the most important argument in favour of a public, honest dialogue is that the people have the right to participate in such a debate in order to fully understand and assimilate the parameters within which a solution of the problem can realistically be sought (in order to avert catastrophe).  For example, it is preposterous to hear slogans of the type that “all refugees must return to their homes” and, shortly thereafter, to see Cyprus being led into some form of a partition.  The absence of a serious and responsible public debate explains the difficulty encountered by the average citizen of this country to accept the painful compromises that must be made to resolve the problem.

The Greek Cypriot leadership, in an attempt to conceal the mistakes they have committed in the past, systematically cultivates a climate of pseudo-hope that is that, if we have the patience to wait long enough, there will come a day when everything will be patched up and “we will all live happily thereafter”.

In such a public debate, the positions and thoughts of all those who will choose to participate in the process will have to be presented in a manner that would fully disclose the identity of the advocate, in a clear and unambiguous manner.  The widely-followed current practice of expressing views that are serving personal interests, are capable of multiple interpretations, are accompanied by numerous “subject to” or, simply, comprise verbal fireworks, which blur the picture, suggest fearfulness and cowardice and, as such, they are unacceptable and condemnable.

It follows that there is only one road, that of a transparent, honest, rational and bias-free public debate.  Anything else is a painkiller that will lower the resistance to the amputation process.  What is needed most but, unfortunately, is in short supply, are journalists who know what they are talking about.

How to ‘fix’ social media without censorship

Erdogan’s subversion of democracy tragic but not irreversible