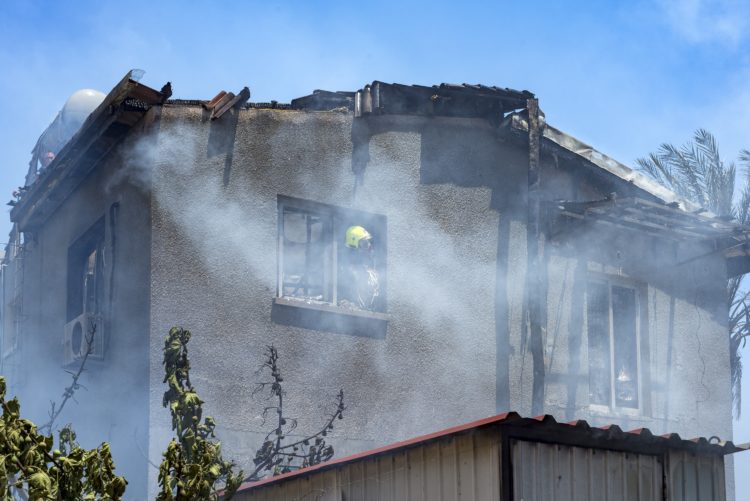 A man trying to burn dry grass in Limassol set fire to his home, which sustained extensive damage, the fire service said on Monday.

The man was taken to hospital with light burns to his hands. Neighbours earlier helped get an elderly lady out of the house.

The fire service said the incident happened at lunchtime in Ayia Fyla after the owner tried to burn dried weeds in in the yard of his house. The flames spread to a shed and from there to the house. A car was also engulfed by the flames.

The house was badly damaged from the fire, including a partially collapsed roof.

Outside EU, France launches crisis force with Britain, others