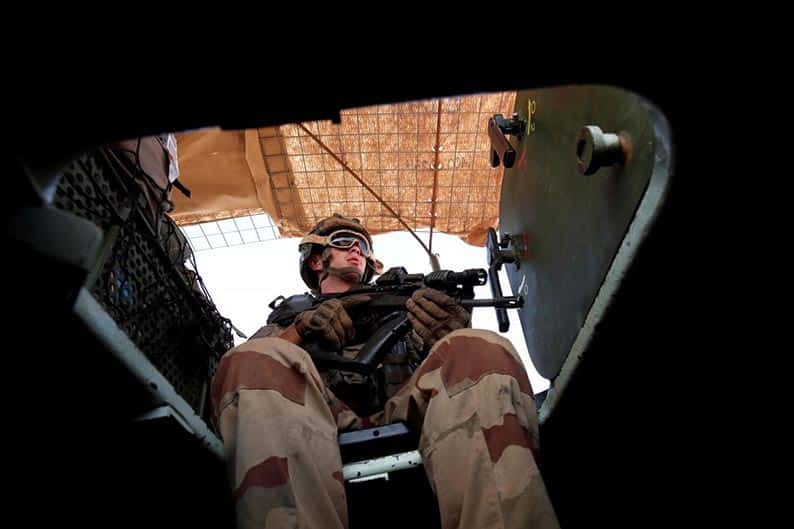 France launched a military force with other countries including Britain outside the framework of the European Union on Monday, as Paris tries to keep London close to European defences after Brexit.

After months of negotiations with Germany, which France also wants at the centre of the force, the so-called European Intervention Initiative aims to bring together a coalition of willing militaries ready to react to crises near Europe’s borders without Nato or the United States.

“Our conviction … is that Europeans should be strong, capable of ever more, able to protect ourselves and our sovereignty,” Parly told reporters after the ceremony.

French President Emmanuel Macron proposed the idea in a speech last September, initially facing scepticism because the European Union in December also agreed a landmark defence pact that aims to develop forces and weapons together.

Italy was also set to be involved, Parly said, but dropped out following the election of a new government of anti-establishment left and far right parties.

“I believe it can strengthen the readiness of forces, because we need high readiness,” Stoltenberg, who spoke to a joint meeting of EU defence and foreign ministers in Luxembourg, told reporters.

European governments, pilloried by US President Donald Trump for slashing military spending after the Cold War, face the challenge of remedying long-running problems with helicopters and jets that are grounded for lack of parts.

Parly also said the French-led initative should go some way to answering Trump’s call for Europe to do more on security.

EU defence ministers agreed on Monday the rules of that pact, known as Permanent Structured Cooperation (Pesco), which will be backed by a new multi-billion euro defence fund from 2021. That will not include Britain because it is leaving the European Union at the end of March next year, but London hopes to be involved in some defence projects as a non-EU nation.

France now sees itself at the centre of evolving defence structures after Brexit, including the EU defence pact, with a bigger role for Spain, and Macron’s intervention force that involves Britain, Europe’s biggest military along with France.

Britain’s role in the force appears to have helped overcome differences between Germany, which has a historical resistance to military missions using force, and France, which wants quicker reaction to crises such as in Mali in 2012, where Paris intervened to stop Islamist militants taking over.

Berlin wanted Macron’s force within Pesco, which includes all EU countries except for Britain, Malta and Denmark. France insisted it be outside the more deliberate Pesco structures that are long term, focused on developing weapons and other gear.

Despite its departure, Britain seeks a security treaty with the EU by 2019, eager to keep access to EU databases, arms deals and share intelligence, and many EU countries support the idea.

Separately on Monday, Spain was awarded the right to take over Britain’s command of an EU maritime mission that combats Somali pirates next year off the Horn of Africa, on March 30, 2019, a day after Britain’s EU departure.

“This is an important step for Spain and for European Union solidarity towards Africa,” Spain’s Defence Minister Margarita Robles told reporters.