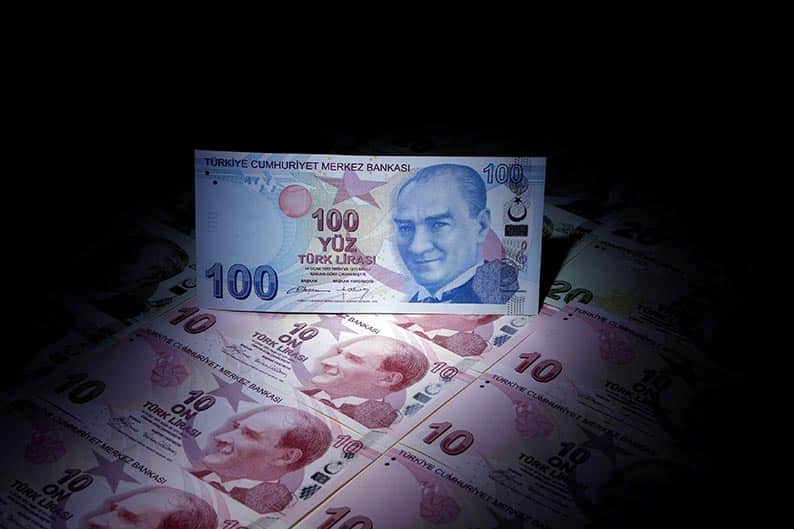 Overseas money managers, wary of Turkish assets for months, reckon Sunday’s clear win for Tayyip Erdogan will tempt foreign investment back only when he clarifies election pledges to take a tighter personal grip on economic and monetary policy.

Erdogan emerged victorious from his biggest electoral challenge in 15 years, giving him the sweeping executive powers he has long sought and extending his grip on Turkey until at least 2023.

But Turkey’s large current account deficit, double-digit inflation and high external borrowing costs remain the main issues for the new cabinet. Investors also want to see if respected, business-friendly names will appointed – or if Erdogan will persist with his unorthodox policies.

“They have to prove to the investor community they will put economic stability at the top of the agenda,” said Salman Ahmed, chief investment strategist at Lombard Odier Investment Managers, which is underweight Turkish local currency bonds.

“That means more tightening of monetary policy, more fiscal reform and a roll-back of some of the very populist measures that were taken,” Ahmed said. “Unless we see more tangible signs of this, we are still very cautious on Turkey, as fundamentally they are still a weak country.”

However, when he spoke in London on May 15, Erdogan said the central bank would not be able to ignore signals from the new executive presidency. A self-described “enemy of interest rates”, Erdogan wants borrowing costs reduced.

“I will take the responsibility as the indisputable head of the executive in respect of the steps to be taken and decisions on these issues,” he said in an interview.

Investors reacted with shock and disbelief, and the selling already seen in Turkish assets accelerated. Turkish equities are now down 17 per cent for the year and hard- currency sovereign bonds have lost over 8 per cent. The lira has weakened 18 per cent since the start of the year.

Foreign investors, who hold around 64 per cent of Turkey’s listed equities according to the World Bank, have pulled money from Turkish shares for four consecutive months, fund flow data from the Institute of International Finance shows.

The outcome of Turkey’s elections was more clear-cut than expected, so the threat of fresh elections has been averted. Lira FX implied volatility gauges fell, with some almost halving and hitting the lowest since mid-May for all the one-month to one-year date ranges.

Turkish stocks and sovereign dollar bonds also rallied early on Monday, but failed to hold on to gains as investors assessed the tasks that lay ahead.

“Investors would have been much more concerned if he had had a very slim margin of victory and a very weak mandate,” Schneider said. “(Erdogan) would have felt like he had to take more action to support his position.”

Alliance Bernstein was underweight Turkish hard currency bonds in the spring, then reduced that underweight going into the election, after the central bank raised rates twice and simplified its monetary policy framework to put a floor under the plunging lira.

But Schneider cautioned that it was still unclear whether that marked a genuine turnaround in policy. Cabinet appointments over the next seven to 10 days would be key to understanding what control Erdogan wants over future policy, he said.

Investors want to see whether Deputy Prime Minister Mehmet Simsek will retain a government post and other market-friendly names such as Finance Minister Naci Agbal or former minister Ali Babacan will be appointed. That would make pragmatic reforms more likely.

JPMorgan analysts said the government’s recent record on structural reforms kept them from being too optimistic: “Our base-case scenario remains that of muddle through with sporadic policy mistakes,” they said in a note.

Investors particularly want to see whether the central bank will be free from political pressure so it can deliver another rate increase and bring inflation down. Currently, the central bank is still considered behind the curve.

“We have not seen the peak in inflation yet, given that the pass-through from currency depreciation may have a few more months to show in the headline numbers,” said Claudia Calich, an emerging markets bond fund manager at M&G, which has some $1.5 billion in dedicated EM debt strategies.

She also said that in the past the country had been quite prudent in its fiscal account, but fiscal stimulus in recent years meant the economy was now growing above capacity.

Calich is underweight Turkish sovereign and corporate bonds, although she reduced this underweight a few weeks ago, particularly in banks, as spreads widened. Until it was clearer how Turkish monetary and fiscal policy was going to develop, she said, she was not changing her positions further.

Likewise, Viktor Szabo, senior investment manager at Aberdeen Standard Investments, which has about $14 billion in emerging debt, said the firm had not changed its underweight local rates position following the election.

“Turkey is cheap relative to its fundamentals – its level of debt, even the levels of debt or foreign liabilities, which are often cited as a vulnerability,” he said.

“But with the bias towards growth policymaking, and questions about the central bank independence and central bank policy … that all creates quite a toxic mix.”

Girls in Cyprus at risk of FGM