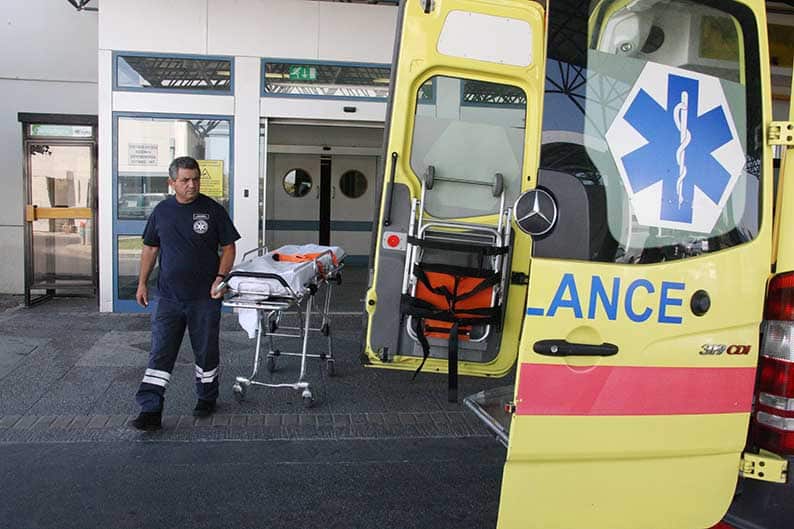 The countdown for the implementation of the National Health Scheme (Gesy) has begun with less than a year to go before outpatient care kicks in, head of the Health Insurance Organisation (HIO) Thomas Antoniou said on Tuesday.

He was speaking at press conference where he gave an account of the progress achieved so far over the implementation of the Gesy, a year after the relevant bills were passed in parliament.

“We are just 340 days before the implementation of the Gesy,” Antoniou said, adding that its implementation will ensure everyone’s right to healthcare access, without discrimination or restrictions, based on the principles of social solidarity, equality of access and the right of choice.

Members of the public, he said, will have access to healthcare based on their needs and not their financial capabilities, and without risking falling into economic hardship. “Each fellow citizen will become a beneficiary from the moment of his/her birth and throughout his/her life, regardless of their financial situation, pre-existing or chronic diseases. It is this law, these principles and these goals we serve,” he said.

The most important pre-requisite, and the biggest project for the preparation of the Gesy, the software programme, is within the timeframe set, Antoniou said, and delivery of what has been agreed with the contractor has begun.

Discussion in parliament of regulations for the secondary legislation for phase one of the Gesy that concern co-payments, personal physicians and specialists, pharmacists, pharmaceuticals, labs and beneficiaries, is expected to begin in September following consultations with stakeholders.
In October, an information campaign on the Gesy is expected to be launched.

By the beginning of next year, all committees provided by law will be set up, such as the advisory committees on pharmaceuticals, on the compensation for medicines and the Audit Committee. The Supervisory Commissioner will be appointed by March 1, 2019.

In March 2019, contributions for the Gesy will be collected by the social insurance services, the tax department and the state treasury.

Phase One of the Gesy will kick in on June 1 of the same year. This concerns outpatient care provided by personal physicians, specialists, pharmacies and labs.

Antoniou said that the HIO remains focused on its goal, which is ensuring access to high-quality healthcare for everyone and that they are working toward the implementation of a “modern, viable, functional and anthropocentric health system.”

Meanwhile, the organisation of state health services (OKYY) announced on Tuesday they have called in “the distinguished Professor Michael Pringle” to carry out a study on additional financial benefits/incentives for the personal physicians who will be working at the organisation’s primary care centres.

Personal physicians who are currently working in state health centres will be transferred under the OKYY and in addition to their annual salaries will be given additional allowances as incentives for increased productivity and improved healthcare quality, or to attract physicians in remote and rural areas, it said.