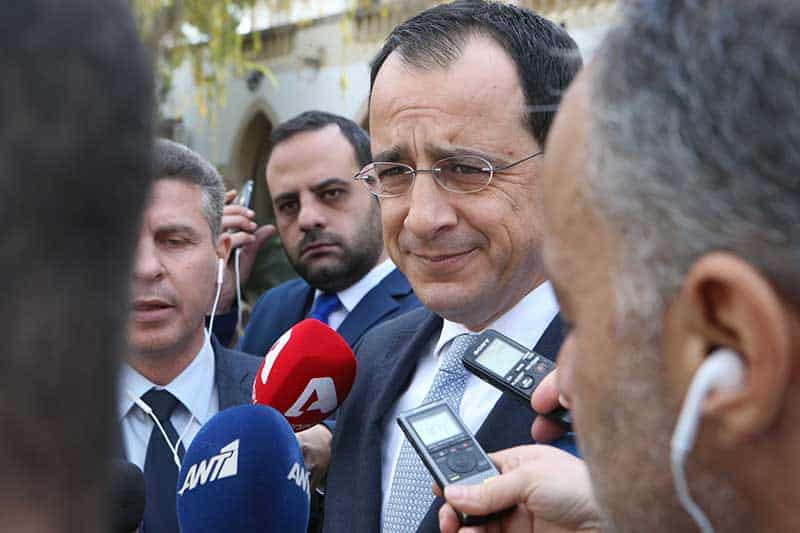 The EU General Affairs Council said on Tuesday Turkey’s accession has come to a standstill and no further chapters could be considered for opening as Ankara moves further away from the EU.

He noted that for the first time in an EU conclusions document reference is made to Ankara’s responsibilities regarding the external aspects of the Cyprus problem, namely security and guarantees.

“The Council notes that Turkey has been moving further away from the European Union. Turkey’s accession negotiations have therefore effectively come to a standstill and no further chapters can be considered for opening or closing and no further work towards the modernisation of the EU-Turkey Customs Union is foreseen,” the council’s conclusions stated.

Christodoulides also said the text, “stresses that Turkey must smooth out its relations with the Republic of Cyprus.”

According to the conclusions, Ankara is called upon to normalise its relationship with Cyprus and respect the sovereignty of member states over their territorial sea and air space.

The foreign minister said: “The Council also stresses that Turkey must avoid threats or actions against member states and expresses its strong condemnation of Turkey’s illegal activities in the Eastern Mediterranean.”

The report also noted that Ankara must comply with the European Court of Human Rights decisions.

“There is an essential reference to the accession of the member states of the union to international organisations and to the need for Turkey to comply with all ECHR judgments in accordance with Article 46 of the ECHR,” Christodoulides said.

Turkey’s role in efforts to resolve the Cyprus problem were also reiterated in the report, while, as Christodoulides noted, the EU for the first time sent a “verbal signal in the form of a warning” to a candidate country.

The foreign minister said the conclusions sent a “clear message” that Ankara’s accession is based on the fulfillment of its European obligations, vis-à-vis all the member states. “It is clear Turkey’s European perspective depends exclusively on it,” he noted.

Christodoulides participated in the General Affairs Council on Tuesday to prepare for the EU Council Summit on June 28 and 29. President Nicos Anastasiades is set to depart for the meeting on Wednesday.

US working to strengthen security and energy ties with Cyprus