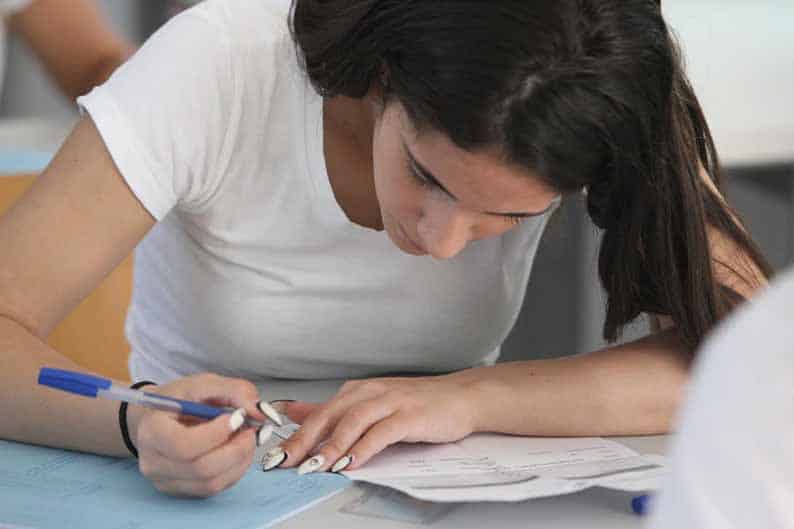 The results of the Pancyprian Exams are not indicative of the actual performance of pupils, the education ministry said on Tuesday.

Following reactions to the low results of the exams, which pupils take both for graduation from high school and entry to Cyprus and Greek universities, the education ministry issued a written statement saying the average is dragged down by the very low grades of those who took the exams only to graduate.

“The average performance levels of pupils who did not have as their main goal access to public universities in Cyprus and / or Greece but are only interested in the graduation diploma, are very low (three to six points lower than the average of the Pancyprian exams),” the ministry said.

If the percentage of those pupils is deducted from the overall number, and one calculates the results only of those seeking university entry, then the average grades rise by two to three points. This, it said, paints a more accurate picture of results.

Secondary education teachers’ union Oelmek said on Tuesday the results raise questions as this year’s school leavers are the first to graduate from the new type of lyceums, following the abolition of the unified lyceum.

“These are the first official results of the educational reform we have been experiencing the past five years,” head of Oelmek Yiannos Sokratous told state broadcaster CyBC radio. He added that lower grades were recorded this year in 20 subjects compared to last year and only in five improvements has been recorded.

Sokratous put it down to the excessive material taught in schools, the limited choices as regards electives that leads to lack of pupil interest, and problems in programming.

He said that some teaching material arrives in schools late, while there is not enough time to teach all this material before the exams, and, as a result, there are last moment changes and material is being left out as there is no time to teach it.

Head of secondary school parents’ associations Kyriacos Nikiforou too said the results were disappointing given that they are the first ones after the reform.

Both said some pupils handed in blank pages during the exams. This usually happens when pupils already know they will pass the year and graduate due to their semester grades. To graduate, a pupil needs to get an overall pass grade which is calculated based on his or her semester grades and the exam results. Some calculate how many points they need and study just to get that mark, instead of going for full marks.

The education ministry said in its announcement that, as of the 2019-2020 school year there will be two separate exams, one for graduation, the other for higher education entry, which will help reflect the actual performance of pupils and “the objective for which each will be conducted.”

It also said that substantive and targeted changes are being made in the educational system to help pupils better understand what they are being taught and prepare them for exams but also to strengthen the national school-leaving diploma and boost its reputation.