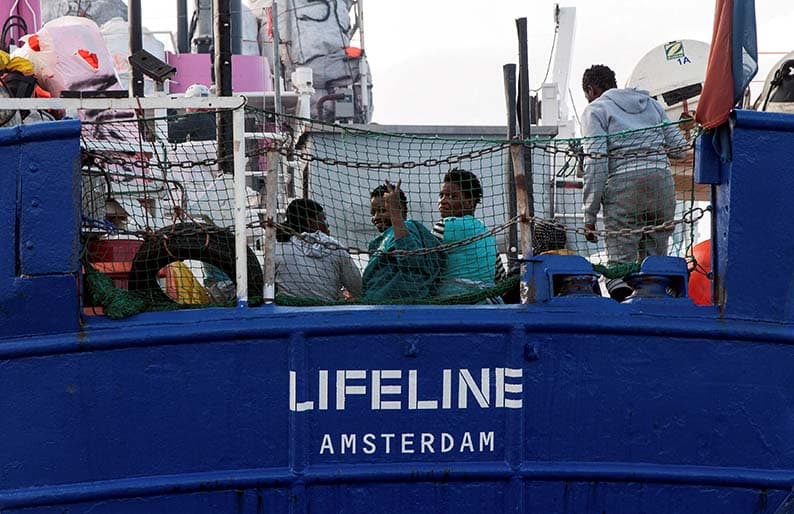 The United Nations agencies for migration and refugees will present the European Union with a plan for “regional disembarkation platforms” around the Mediterranean where the bloc could hold migrants and decide whether to admit them.

The plan appears to have fairly broad support in an EU now bitterly split over immigration policy, although countries have yet to settle on the details.

Europe’s migration crisis, which peaked with the arrival of more than 1 million asylum seekers in 2015, has been tapering off with arrivals falling to the tens of thousands so far this year. But the issue has taken on new political urgency in recent weeks as anti-immigrant parties make their influence felt.

A new government in Italy is refusing to allow charities that rescue migrants at sea to dock ships on its shores, and migration policy has threatened to divide Angela Merkel’s ruling coalition in Germany.

EU leaders will hold a summit later this week to discuss more measures to curb arrival numbers, including by tightening external borders and giving more aid to countries from Turkey to Libya to help them prevent people from setting sail for Europe.

One new idea is for “regional disembarkation platforms” where the EU would take in people saved from boats crossing the Mediterranean, assess their asylum requests and hold those whose applications fail before they are sent back.

Various EU states have expressed differing opinions of what such centres could comprise. France has said Italy could host them; Italy wants them to sit in Africa.

A similar plan for “Africa hot spots” proposed two years ago by one of Europe’s most hardline anti-immigrant leaders, Hungarian Prime Minister Viktor Orban, was widely criticised as potentially violating rights of those who attempt the crossing.

The initiative still poses legal, security and rights challenges but EU leaders now want the two UN bodies – the International Organization for Migration (IOM) and the United Nations High Commissioner for Refugees (UNHCR) – to make a proposal and run such sites in the future with EU money.

Another challenge is finding a state that would want to host such centres. Migrant camps run by Tripoli in Libya – where the UN also works with EU money to assist people – have been heavily criticised for horrid conditions.

Before EU leaders meet over migration in Brussels on Thursday and Friday, UNHCR chief Filipo Grandi said in a letter he wanted to discuss with them “new collaborative arrangements, within and outside the EU”.

“UNHCR is currently preparing a proposal in this respect, together with the International Organization for Migration, which we will share with you shortly,” Grandi said in his letter, dated June 18 and seen by Reuters on Tuesday.

The IOM and UNHCR did not immediately reply to request for comment.

Italy’s new populist government has refused entry in recent days to two rescue ships with hundreds of people aboard. Spain took in one; Malta is now expected to let in the other.

Italy has long been overwhelmed with arrivals and is now together with governments such as Austria and Hungary pushing tougher anti-immigration policies for the whole of the EU.

UN data shows some 43,000 people arrived to the EU across the Mediterranean this year. More than one thousand perished in trying to make the crossing.