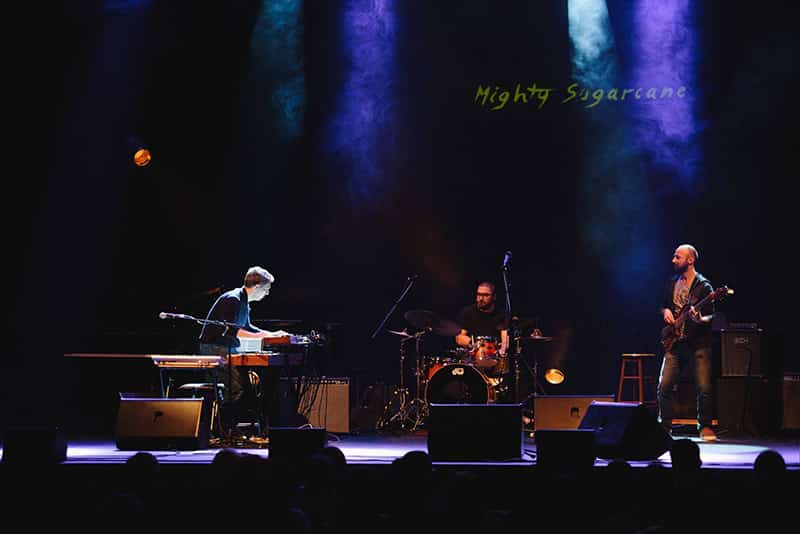 It’s dance season and we all know what that means: an array of musical events to choose from.

Sarah’s Jazz Club in Nicosia will host the jazzy sounds of the Andreas Panteli Jammers tonight at 10pm.

The performance and jam session, part of a series of jam sessions that take place every other Wednesday at the club, brings together some of the masters and rising stars on the Cypriot jazz scene. The band – Ermis Michail on guitar, Andreas Panteli on the piano, Marios Charalambous on saxophone, Andreas Rodosthenous on bass and Giorgos Kylilis on drums, is comprised of musicians who perform in Cyprus and internationally in countries like Holland, Germany and Greece.

Traditionally, a jam session is where experienced musicians make up a house band and invite guest musicians on stage to play standards and improvise with them. This means that the audience benefits from hearing new talent and the musicians benefit from gaining live experience.

After you have had your fill of jamming, Thursday will bring a performance by the electronic jazz-funk band The Mighty Sugarcane at the Powerhouse Restaurant in the capital.

This will be the band’s first live performance in Nicosia, so if you are a fan of what happens when jazz, funk and electronic grooves are fused together, then this is one you should not miss.

With Marios Takoushis on keyboards and vocals, Cahit Kutrafali on electric bass and Stelios Xydias on drums, the band will transport the audience to a groovy alternate dimension, where smooth vocals, deep bass lines and slick grooves reign supreme.

But that is not all. The event will be opened and closed with DJ sets by DJs Bombasoul, Claudio and Xydias, who will keep the dancefloor warm with their selection of jazz and electro sounds. The space will also be enriched with visuals and projections while music lovers can also browse a selection of vinyl for sale provided by Magos Record Store.

Friday will bring with it a performance by Greek singer Kostis Maraveyas at Skali Anglantzias. Maraveyas began his music career in Italy where he studied Statistics and Maths at the University of Bari. While studying he also took piano and harmony lessons at the Conservatory Niccolo Piccini.

These lessons led him to play with groups such as Yamas and X Darawish, which combine a variety of musical styles.

After these encounters, the musician started bringing together Mediterranean and Balkan elements, arrangements and jazz pieces. He brought this new sound back with him to Greece, where he began a solo career in 2001 and released his debut album in 2003. Since then he has had smash-hit singles, cooperated with some of the biggest names in the music industry and has also been a judge of the Greek version of The Voice.