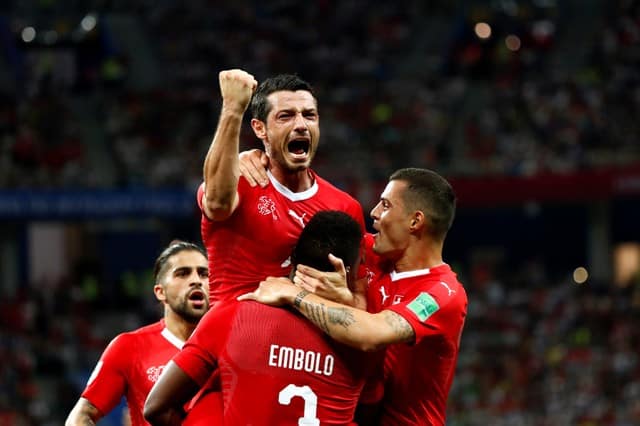 Switzerland made sure of a place in the last 16 of the World Cup but had to survive some anxious moments in Wednesday’s 2-2 draw with Costa Rica before finishing second behind Brazil in Group E.

The Swiss will meet Sweden in St Petersburg on Tuesday after Blerim Dzemaili opened the scoring with a close-in blast in the 31st minute but only after Costa Rica had twice struck the woodwork in the opening 10 minutes.

Already eliminated, Costa Rica finally got their first goal of the tournament when centre back Kendall Waston headed home a 56th minute corner.

But the Swiss went back in front through Josip Drmic two minutes from time, only to give away a stoppage time penalty from which Bryan Ruiz hit the crossbar before the ball struck the back of goalkeeper Yann Sommer for an equaliser.

Brazil ease into last 16 with win over Serbia