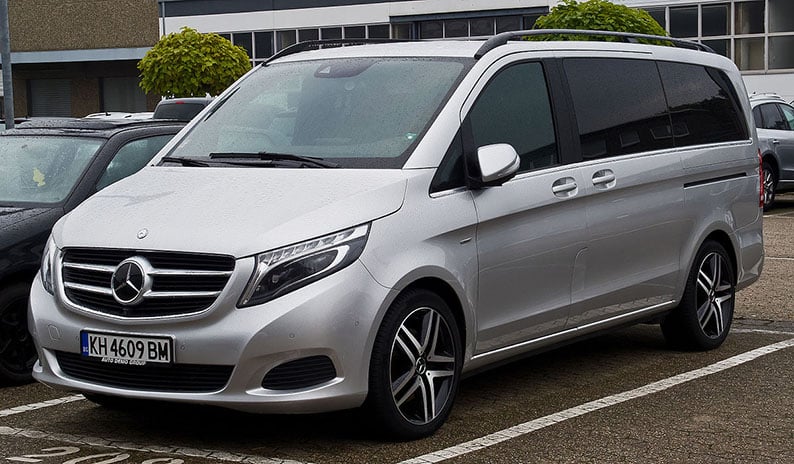 SIXTY-FIVE mini buses were imported into Cyprus and improperly registered as public use minibuses, depriving the state of thousands of euros in tax revenues, an auditor-general report on the road transport department has said.

According to the report, the case concerned 65 Mercedes Vitos, which are considered saloon vehicles, or M1, because they have a maximum of nine seats including the driver.

Public transport minibuses, M2, should have at least 10 seats including the driver.

The audit service found that in most cases the vehicles didn’t have a special approval mandated by EU directives but only certification from a transport department inspector on the registration form that the vehicle was classified as M2.

The service found that most of the vehicles it had checked were improperly registered as public minibuses, thus avoiding payment of consumer tax and registration fees, as was the rule between 2004 and 2014.

During the same time period, public buses were also exempted from road tax.

Sample inspections found that in certain cases the owners of the vehicles also possessed a taxi licence or permit to conduct specific routes occasionally.

“It was observed that the department does not carry out checks to confirm proper use of the vehicles, which are possibly used as taxis,” the report said.

In certain cases, auditors found that the insurance coverage for the vehicle was for fewer passengers than displayed by the certificate. In one case the coverage included a higher number of passengers than the car was supposed to carry.

Two of the vehicles classified as public buses had passed a road worthiness inspection as private saloon cars, M1 category.

One of the two vehicles, the auditor said, has also been included in the fleet of the Limassol bus company.

The auditor said it had only received the files for 55 of the 65 vehicles during the inspections, warning road transport department officials that it was an offence to refuse or obstruct access to the files.

The auditor said a probe must be conducted to determine who was to blame for the affair and those responsible be forced to cover the loss incurred by the state. An investigation must also be carried out into the missing files, the auditor said.

The transport ministry told the service in December 2017 that it was looking into the case.

More services to be introduced to Gesy next week

Coronavirus: protocols for care homes to be stepped up

France, EU lawmakers push for sanctions on Turkey next month

Coronavirus: Turkish Cypriot workers in south say they are being victimised