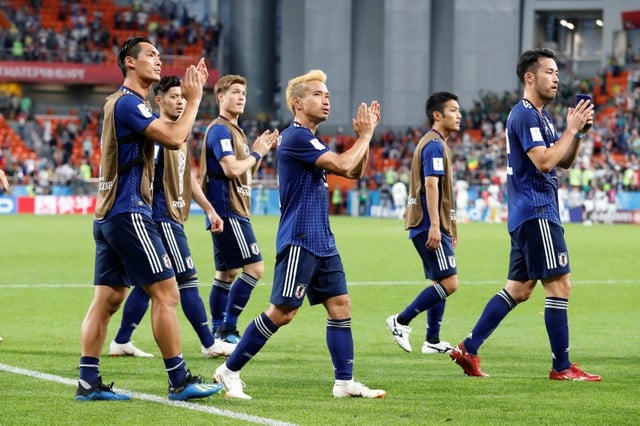 Given little hope coming into the tournament, a combination of luck, organisation and clinical finishing has put Japan in prime position to progress

A revived Japan go into Thursday’s decisive Group H match against an already-eliminated Poland knowing a draw would be sufficient to advance to the knockout rounds after they beat Colombia and drew with Senegal in their opening fixtures.

Given little hope coming into the tournament, a combination of luck, Colombia had a man sent off and gave away a penalty after just three minutes, organisation and clinical finishing has put Japan in prime position to progress.

Although a draw would be enough, Japan’s philosophy under new coach Akira Nishino has been an attacking one and they are likely to go for the win against the disappointing Poles.

“Japan are not the kind of team that can aim for a point and go and carry that plan out,” captain Makoto Hasebe said on Monday.

“I think we have to focus on getting three points rather than make calculations. We have four points after two games but we haven’t accomplished anything yet.”

Nishino promised attacking football when he took over in April and his side have obliged in Russia, with four goals scored and a hatful of chances created.

“I really wanted to win,” the coach said after their 2-2 draw against Senegal on Sunday, when they came from behind twice and equalised in the 78th minute. “We wanted to get the lead even though there was only a short period of time left.”

Japan’s task is likely to be made easier by the bitterly disappointing form of their opponents, who have lost both their games and have scored just once.

Poland, eighth in the FIFA rankings, have failed to live up to their strong World Cup qualifying campaign when they topped their group with just one loss.

A large part of their success had come courtesy of Bayern Munich striker Robert Lewandowski, who scored 16 goals in qualifying and came to Russia as Poland’s main man.

He has failed to live up to that billing, drawing a blank in his first two matches in Russia, lending credence to doubts about his ability to perform on the biggest of stages.

“Many things did not go as they should today, during this World Cup,” Lewandowski said after their 3-0 loss to Colombia.

“I was alone, we fought, I fought, I did everything I could, but fighting is not enough to win World Cup matches, you also have to have quality, and we had too little of that.”

Senegal on shaky ground as Colombia look to continue surge

Lakers cruise in Game 1 as Heat lose two to injuries